Based on the popular webtoon of the same name, “Yumi’s Cells” tells the story of an ordinary office worker named Yumi – from the point of view of the many brain cells in her head controlling her every thought, feeling, and action. Kim Go Eun plays the titular role of Yumi, an ordinary woman who struggles with expressing her feelings. GOT7’s Jinyoung stars opposite Kim Go Eun as her charming co-worker Yoo Babi.

Yoo Babi is a handsome and charming man who has everything. In the recently revealed teaser clip, Yoo Babi’s sweet gestures start to impress both Yumi and her cells, giving Yumi a newfound perspective of her co-worker.

The new stills of Jinyoung capture his perfect representation of Yoo Babi’s never-ending charms. While speaking with Yumi, he looks upon her sweetly and shares a soft smile. Yoo Babi is holding a book in another photo, which captures the character’s intelligence and rich emotions. 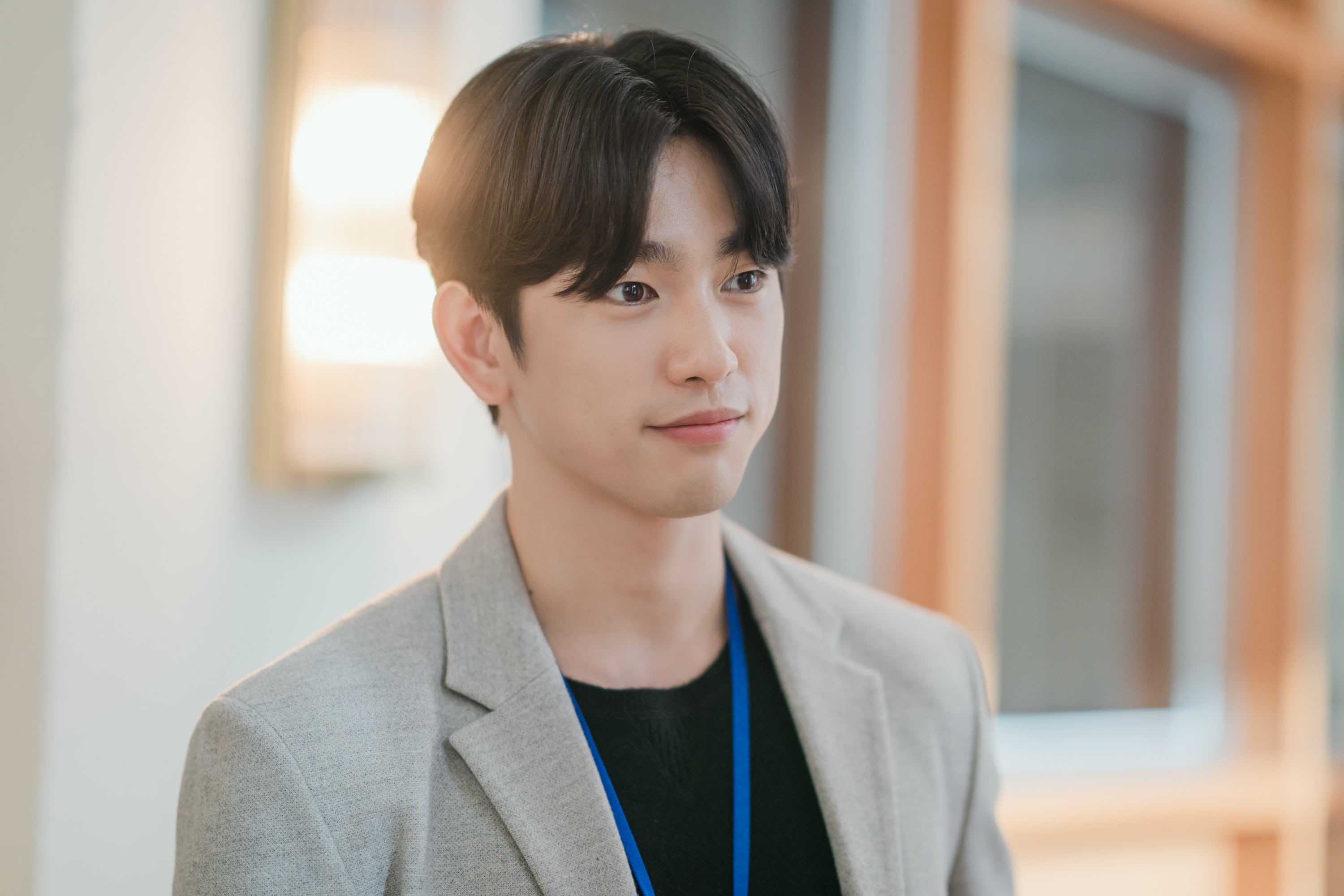 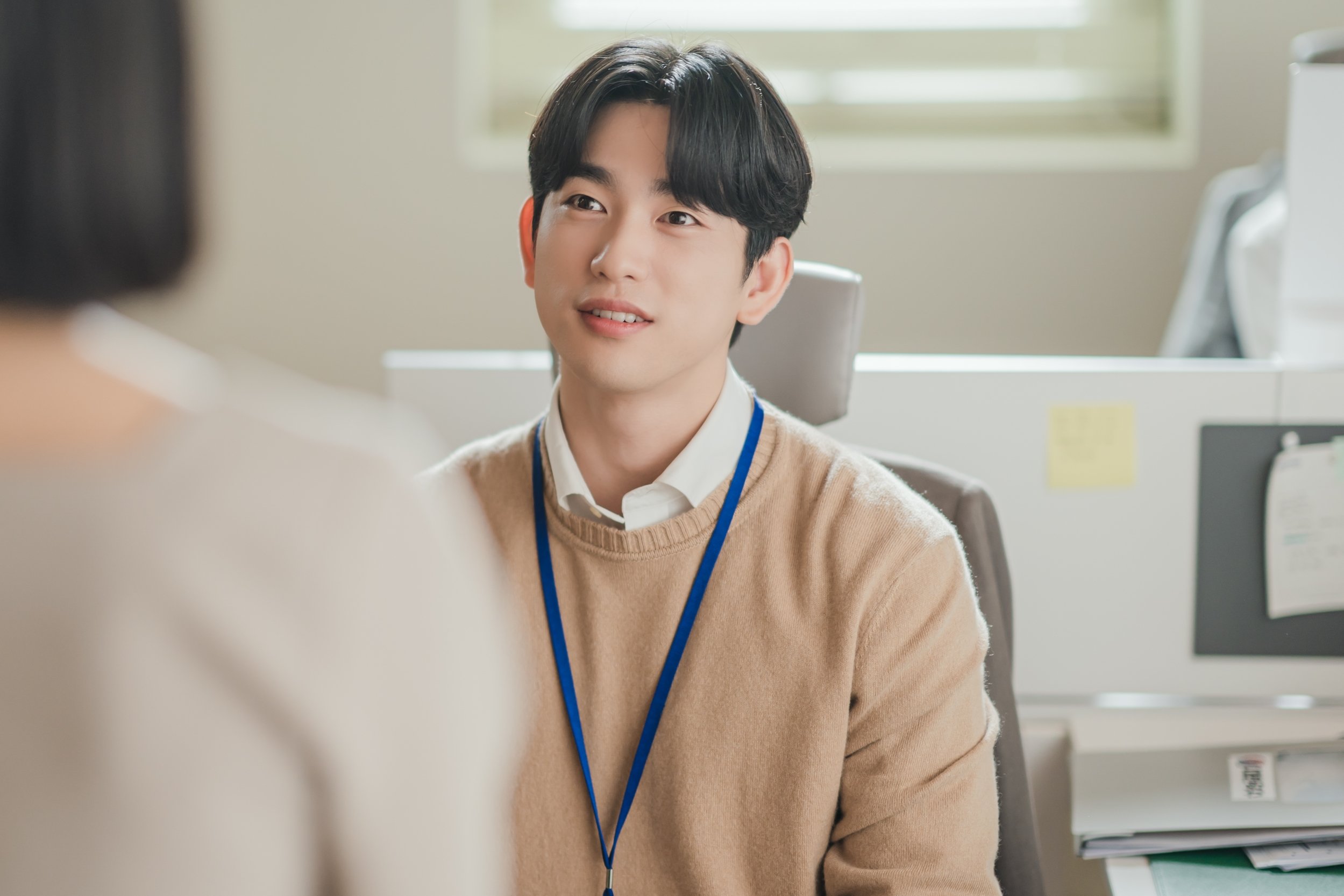 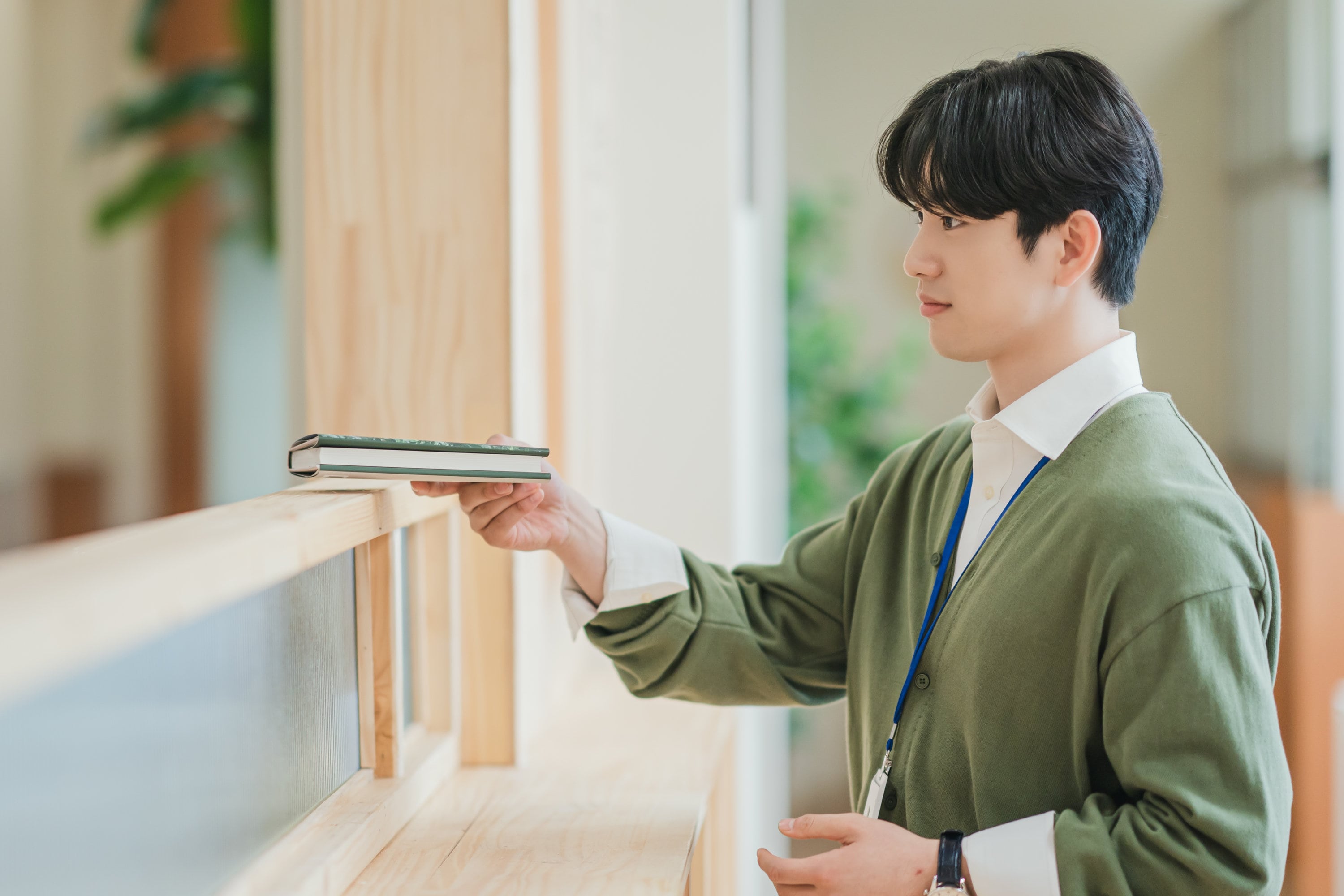 Since Season 1, Jinyoung has perfectly portrayed the straightforward Yoo Babi, who is confident in the face of love. Although he’s always been polite, kind, and caring, Season 2 will showcase Yoo Babi’s upgraded image as he slowly starts to approach Yumi romantically.

The producers of “Yumi’s Cells” shared, “Please look forward to Park Jinyoung’s work as he maximizes the charms of his character Babi. In Season 2, Babi’s new charms and the introduction of his cells will present new kinds of excitement and fun.”