Han Ji Min looked back on the beginning of her acting career while chatting with “Our Blues” co-star Go Doo Shim!

The actress appeared as a guest on the May 29 episode of Go Doo Shim’s Channel A reality show “I Like Go Doo Shim,” which featured the two “Our Blues” stars taking a fun trip together to Gyeongju.

Expressing her deep affection for Han Ji Min, Go Doo Shim enthused, “She has such a beautiful heart as well as a beautiful face, and you simply can’t find any faults in her. If she meets a good match and gets married, I’m really looking forward to seeing what lucky man wins this lottery ticket of fortune.”

Later on in the show, as they were sharing a meal, Go Doo Shim asked Han Ji Min how she got her start as an actress. Han Ji Min recalled that back when she first started auditioning, she’d been very shy and reserved, but that she had somehow managed to keep getting roles. “I wasn’t that ambitious about becoming [an actress], and I think that somehow made me look relaxed and not nervous [during my auditions].” 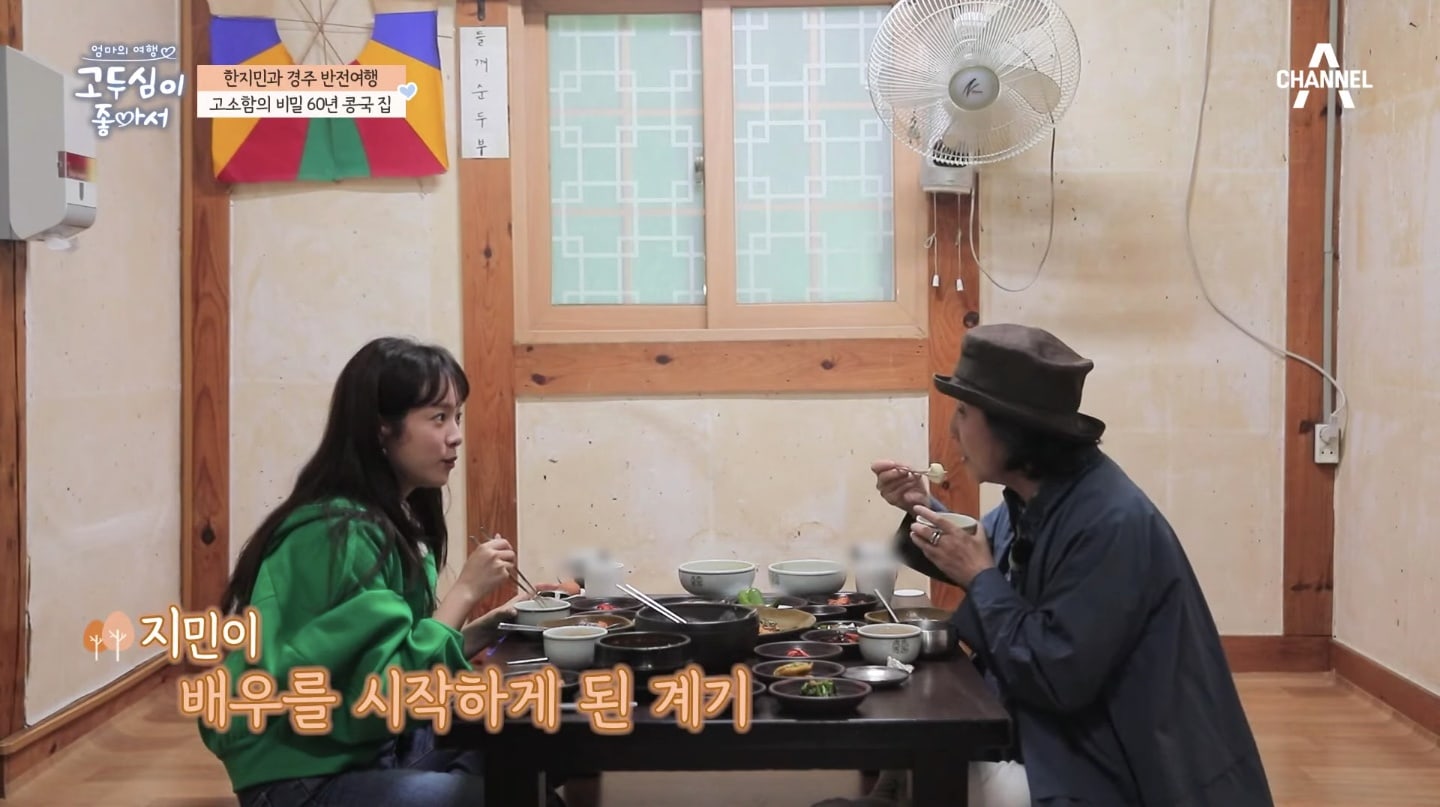 Han Ji Min went on to talk about how she wound up making her debut as Song Hye Kyo’s younger counterpart in the hit 2003 drama “All In”—despite amusingly being only one year younger than her in real life.

“My first role was in ‘All In,’ as the younger version of Song Hye Kyo’s character,” said Han Ji Min. “At the time, I was in my first year of college. They told me to come in for an audition, but I didn’t go because it overlapped with our family’s first vacation abroad, and I wanted to go on the vacation. But even after I got back, they said they hadn’t found someone yet, so I went in for an audition then.” 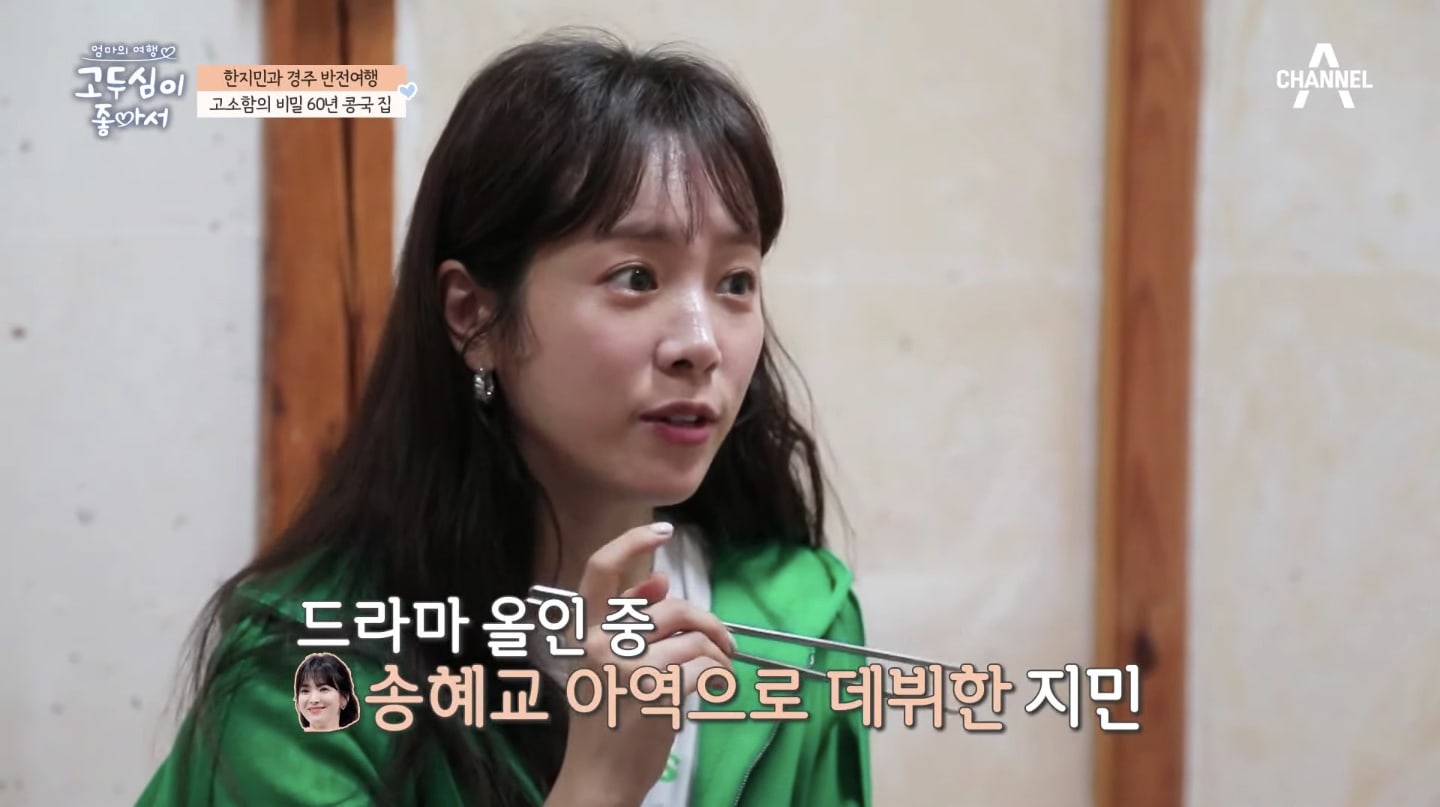 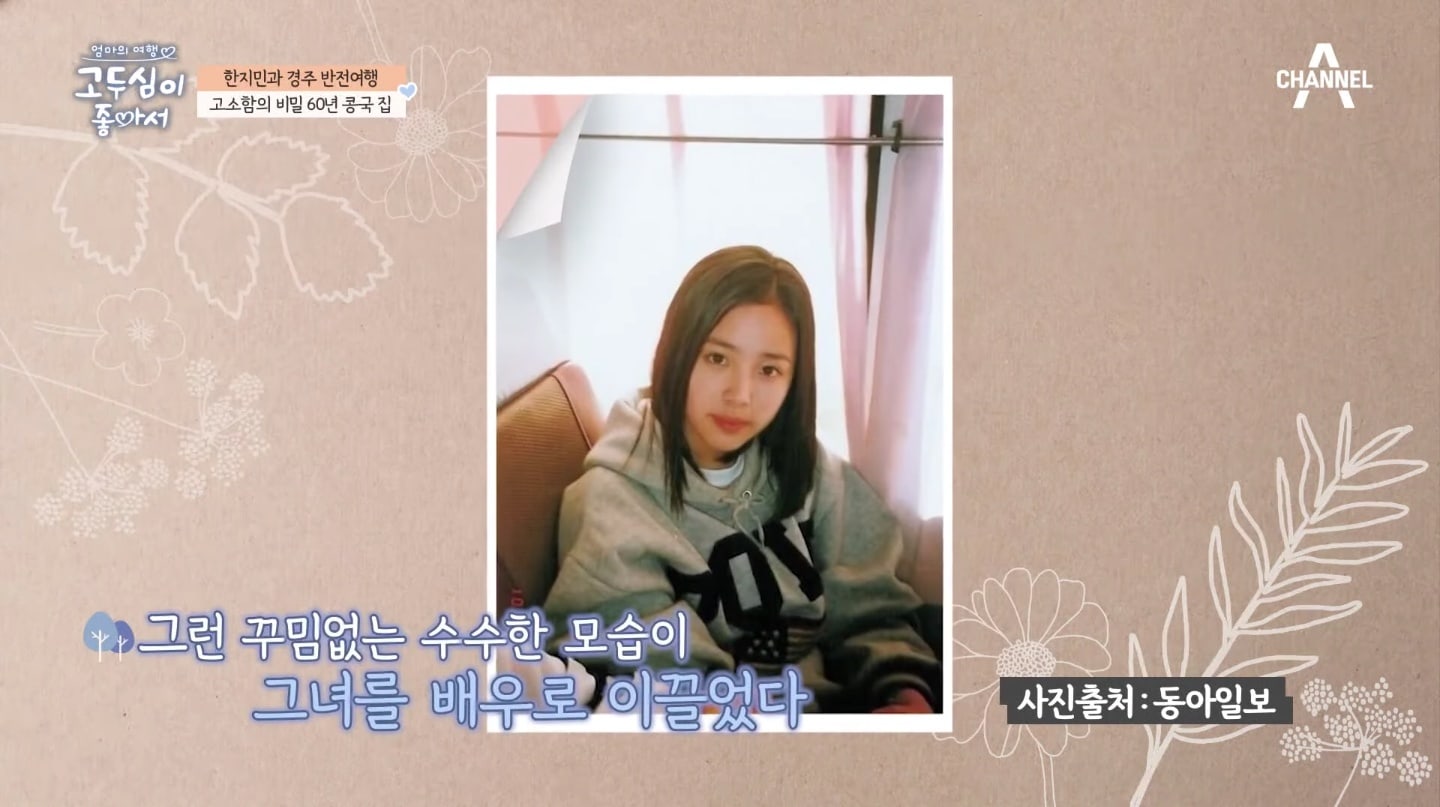 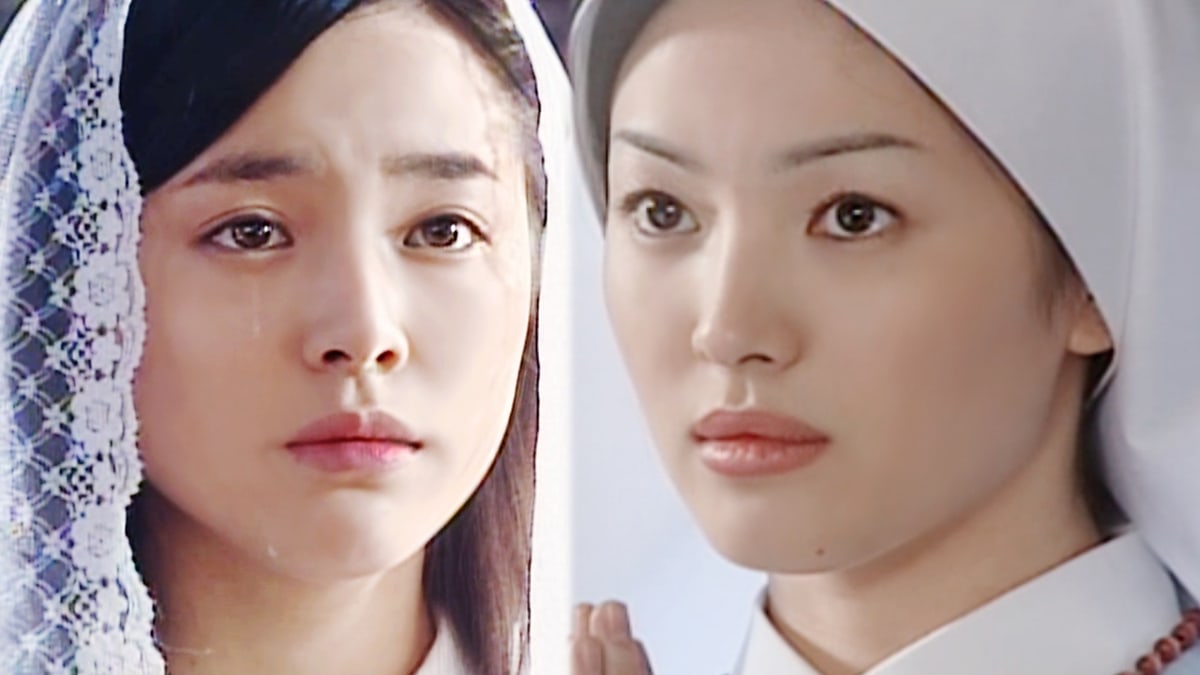 Watch Han Ji Min and Song Hye Kyo in “All In” with subtitles below!