Naomi Campbell is warming fans’ hearts with her ongoing love for BLACKPINK!

BLACKPINK recently made history by gracing this month’s cover of Rolling Stone magazine, becoming the first K-pop girl group—and only the third all-female band from any country—to achieve the feat. The last time an all-female group made the cover of Rolling Stone was over 20 years ago, when Destiny’s Child landed the cover in 2001 (following the Spice Girls, who were the first to do so all the way back in 1997).

On June 4, Naomi Campbell—who has been liking BLACKPINK’s posts on Instagram for years—took to Instagram Stories to post BLACKPINK’s Rolling Stone cover, along with the group’s song “How You Like That.” She also added black and pink hearts, as well as several fire emojis, to express her enthusiasm. 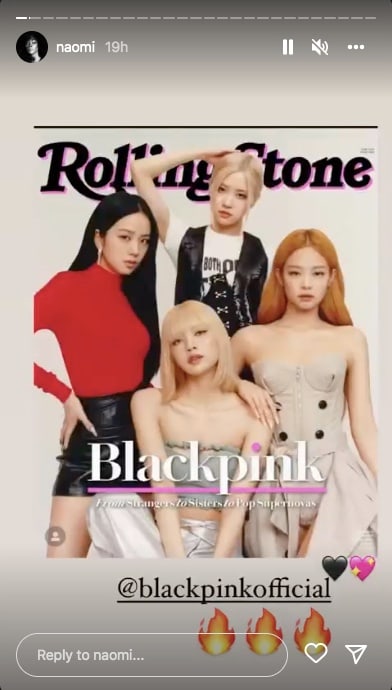 Meanwhile, the BLACKPINK members have shared that they are preparing to make their long-awaited group comeback sometime “soon,” though the date and details of their return have yet to be confirmed.