Based on the popular webtoon of the same name, “Yumi’s Cells” tells the story of an ordinary office worker named Yumi—from the point of view of the many brain cells in her head controlling her every thought, feeling, and action. Kim Go Eun plays the titular role of Yumi, an ordinary woman who struggles with expressing her feelings, while Jinyoung stars as her charming co-worker Yoo Babi.

The newly released stills capture Yumi meeting her ex-boyfriend Goo Woong (Ahn Bo Hyun). A strange atmosphere flows between the two during their reunion as they both wear complicated expressions on their faces, raising questions about what will happen when the ex-couple coincidentally meets up on Christmas Eve. 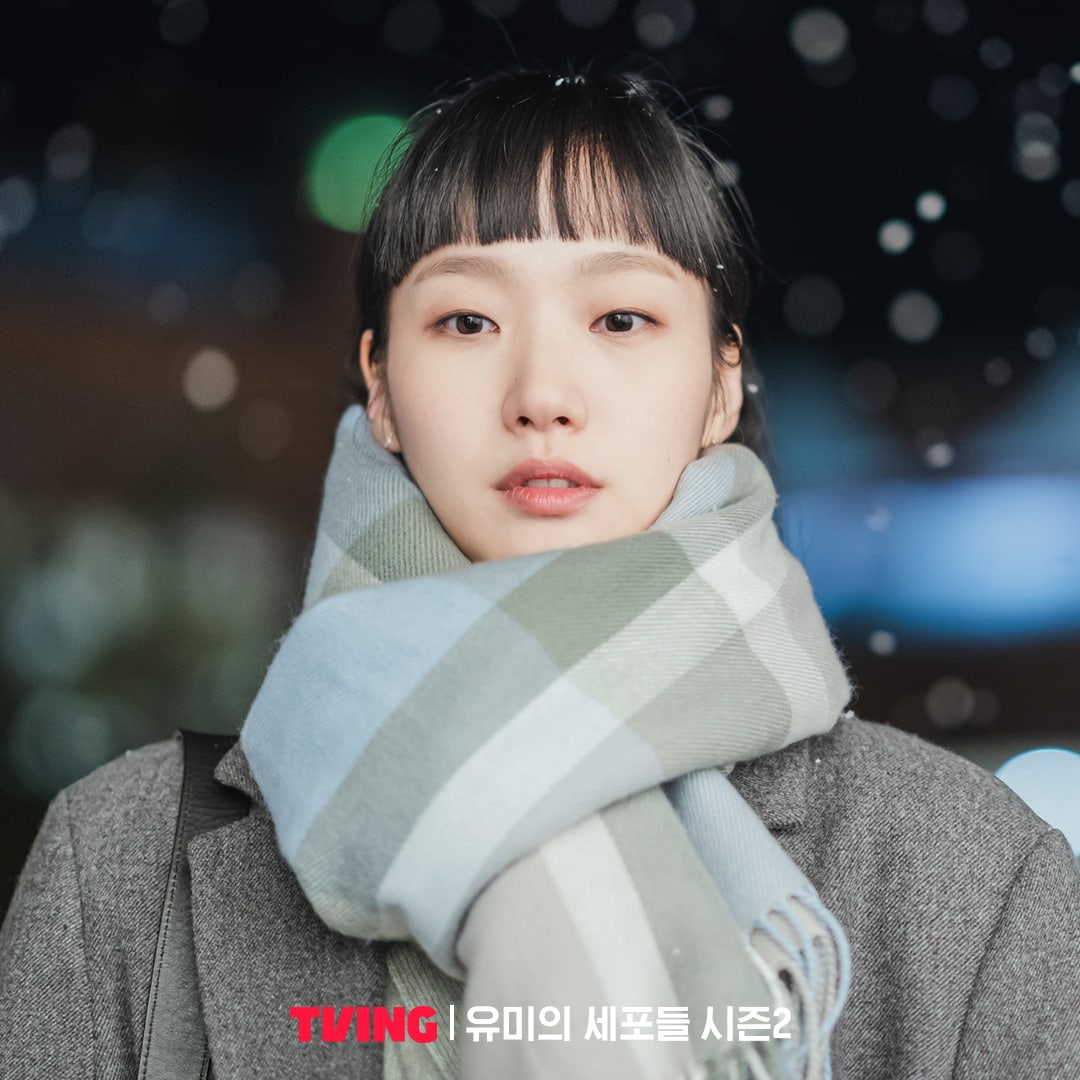 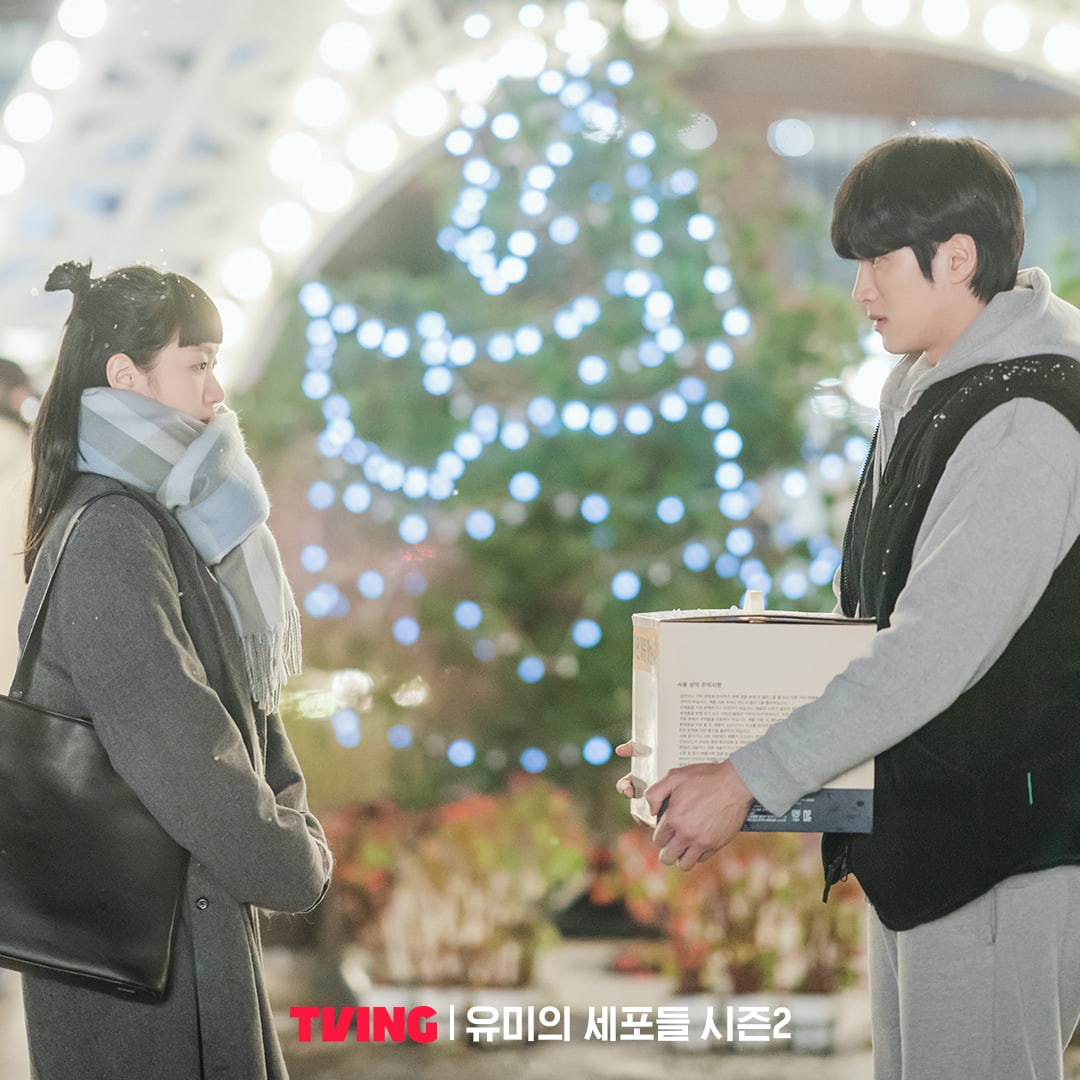 More stills also preview Yumi’s current boyfriend Yoo Babi meeting her ex-boyfriend Goo Woong. Since Goo Woong faced difficulties with his game studio before breaking up with Yumi, viewers are curious about the unfamiliar location the two are at. Goo Woong is also unaware of Yumi’s new relationship, so his meeting with Yoo Babi and their meaningful eye contact raise questions about the upcoming episode. 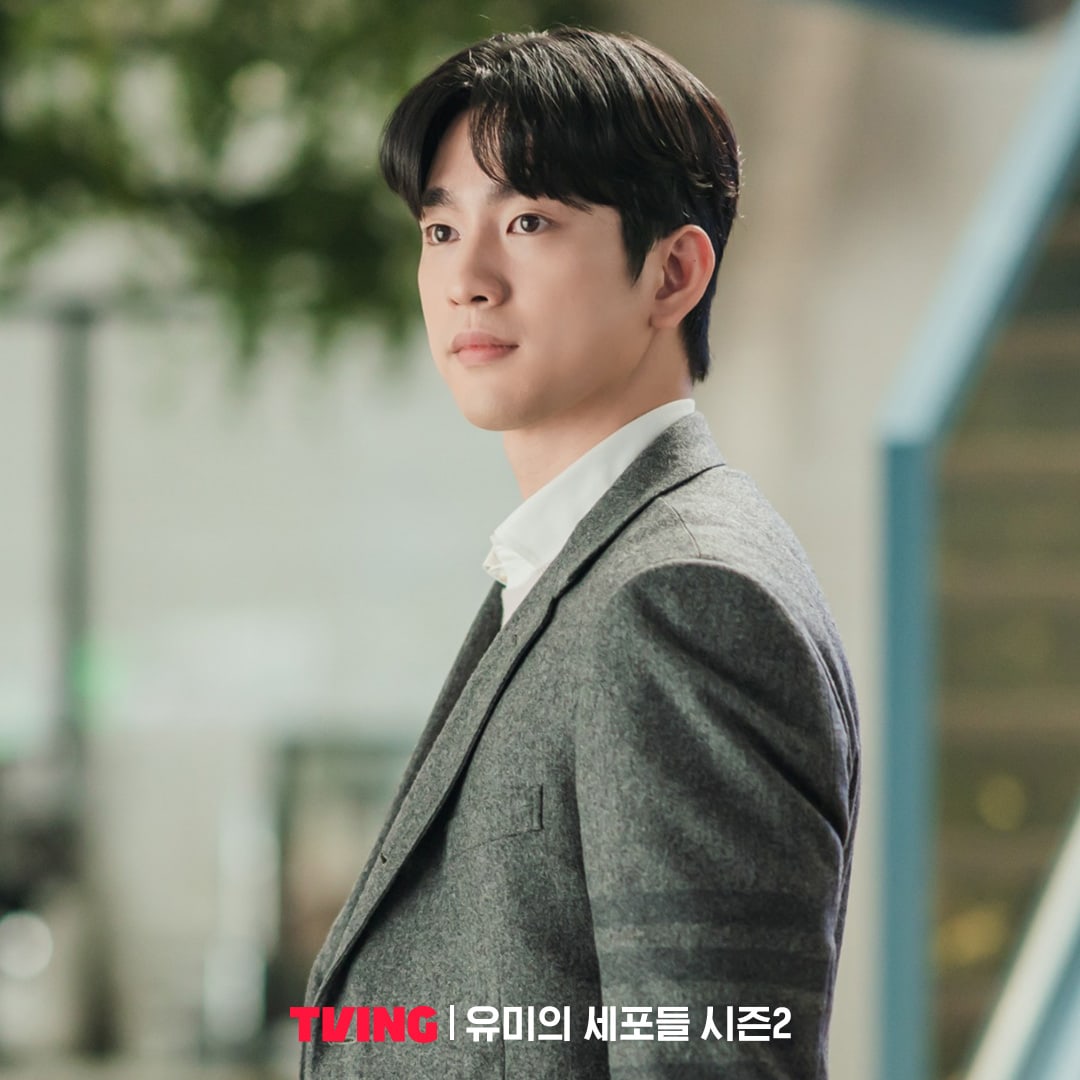 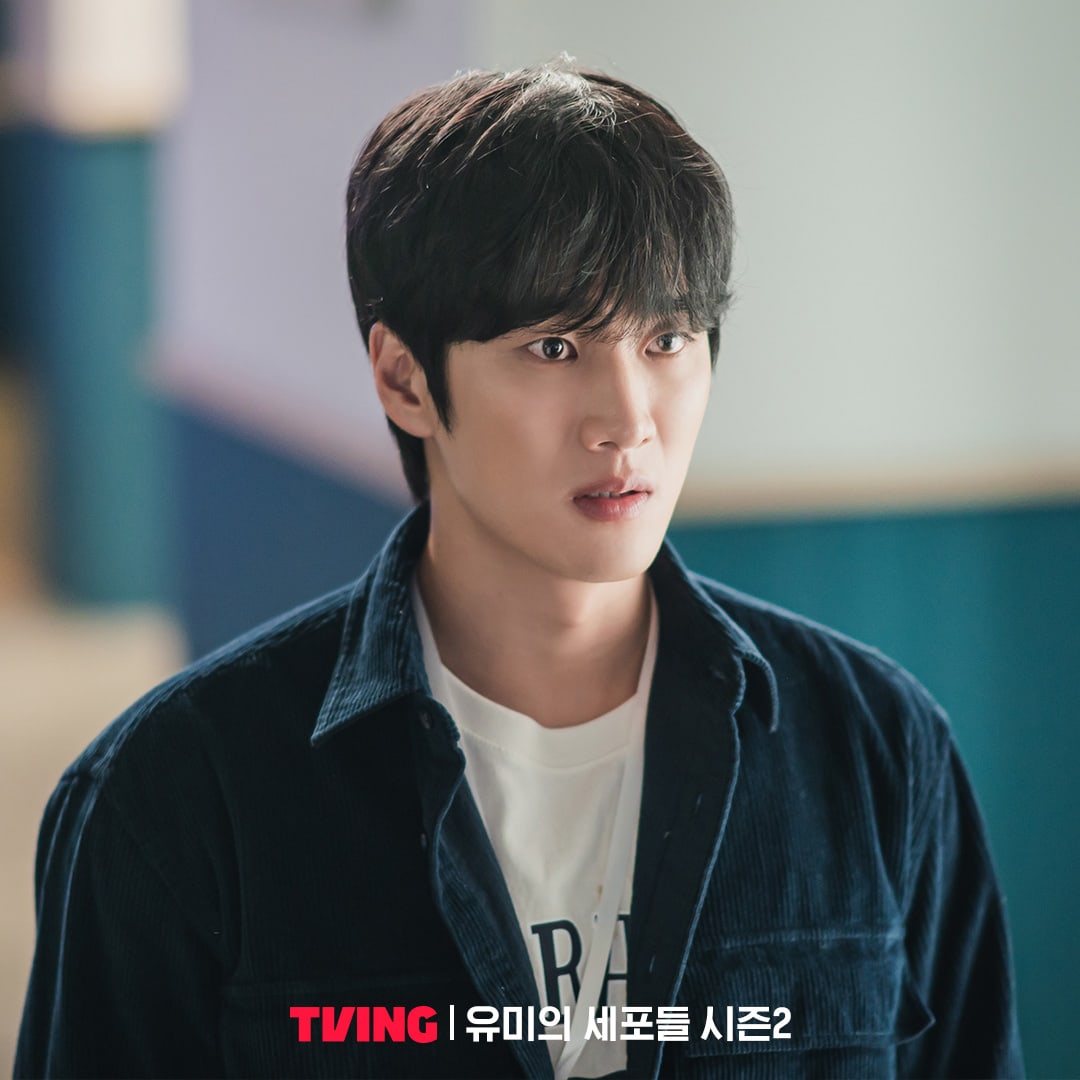 Previously, Yumi and Yoo Babi started their sweet secret romance, but unexpected events will unfold in the upcoming episode with Goo Woong’s appearance. Furthermore, the cells who were excited for the Christmas home date will hold an emergency meeting.

The production team shared, “Episodes 5 and 6 capture both the sweet and realistic sides of relationships. Please focus on the cells’ performances as they colorfully portray the characters’ emotions. An even more exciting story will also unfold with Goo Woong’s appearance.”

Catch up with “Yumi’s Cells 2” below:

And if you haven’t already, watch the first season with Ahn Bo Hyun here: