tvN’s “Yumi’s Cells 2” has shared a sneak peek of the budding romance between Kim Go Eun and GOT7’s Jinyoung!

Based on the popular webtoon of the same name, “Yumi’s Cells” tells the story of an ordinary office worker named Yumi—from the point of view of the many brain cells in her head controlling her every thought, feeling, and action. Kim Go Eun plays the titular role of Yumi, an ordinary woman who struggles with expressing her feelings, while Jinyoung stars as her charming co-worker Yoo Babi.

On the previous episode of “Yumi’s Cells 2,” Yumi cautiously rejected Yoo Babi after he asked her out, but couldn’t stop thinking about him once she’d turned him down. Eventually, she found it impossible to deny her growing feelings for him—especially when she was alarmed to find out he had agreed to go on a blind date with someone else.

However, in newly released stills from the drama’s upcoming episode, it appears that the would-be lovers’ romance is back on track. As Yumi nervously sits in his car, Babi leans in for a kiss.

Other photos from the drama’s next episodes flash forward in time to winter, when Yumi has grown her hair out and no longer sports her signature bob cut. 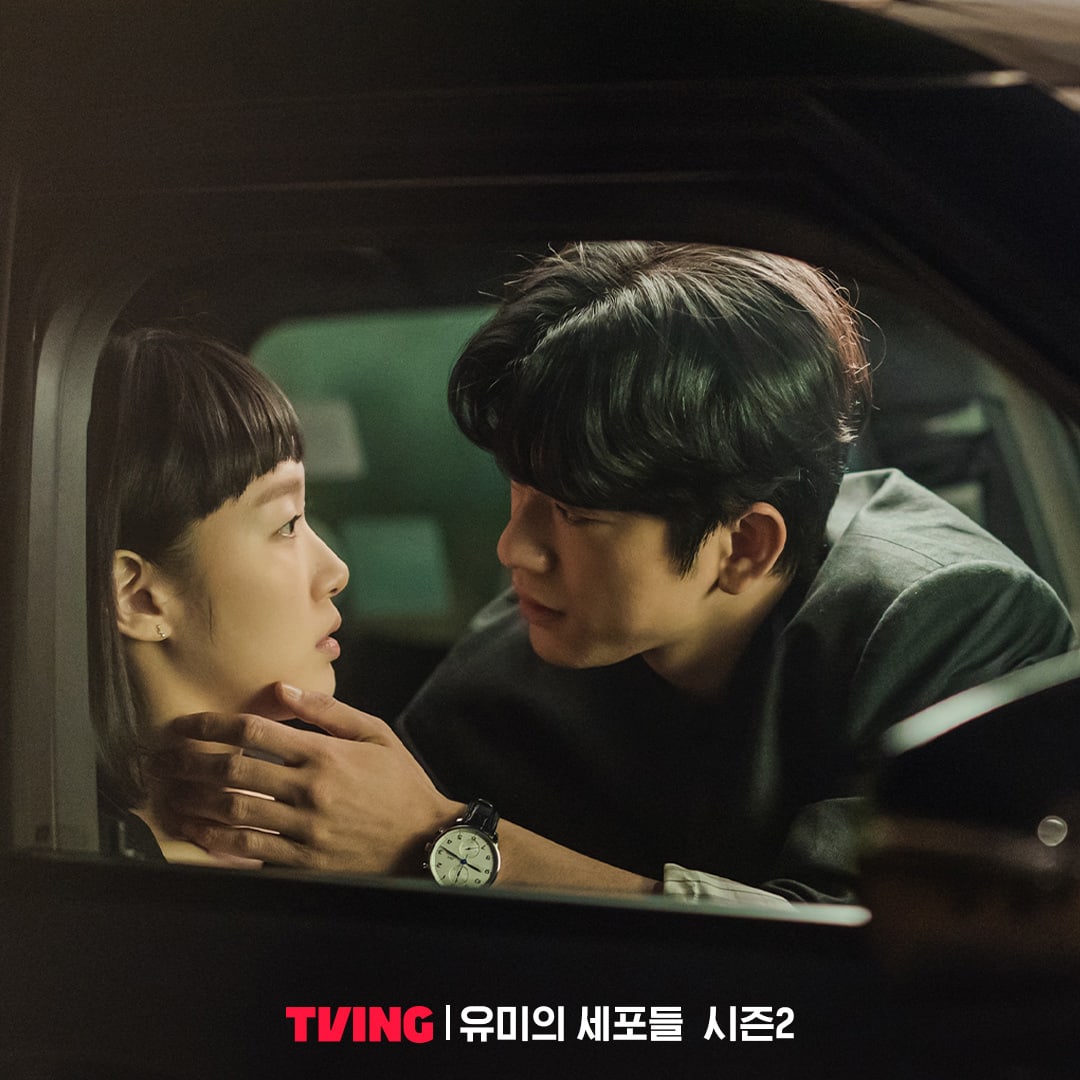 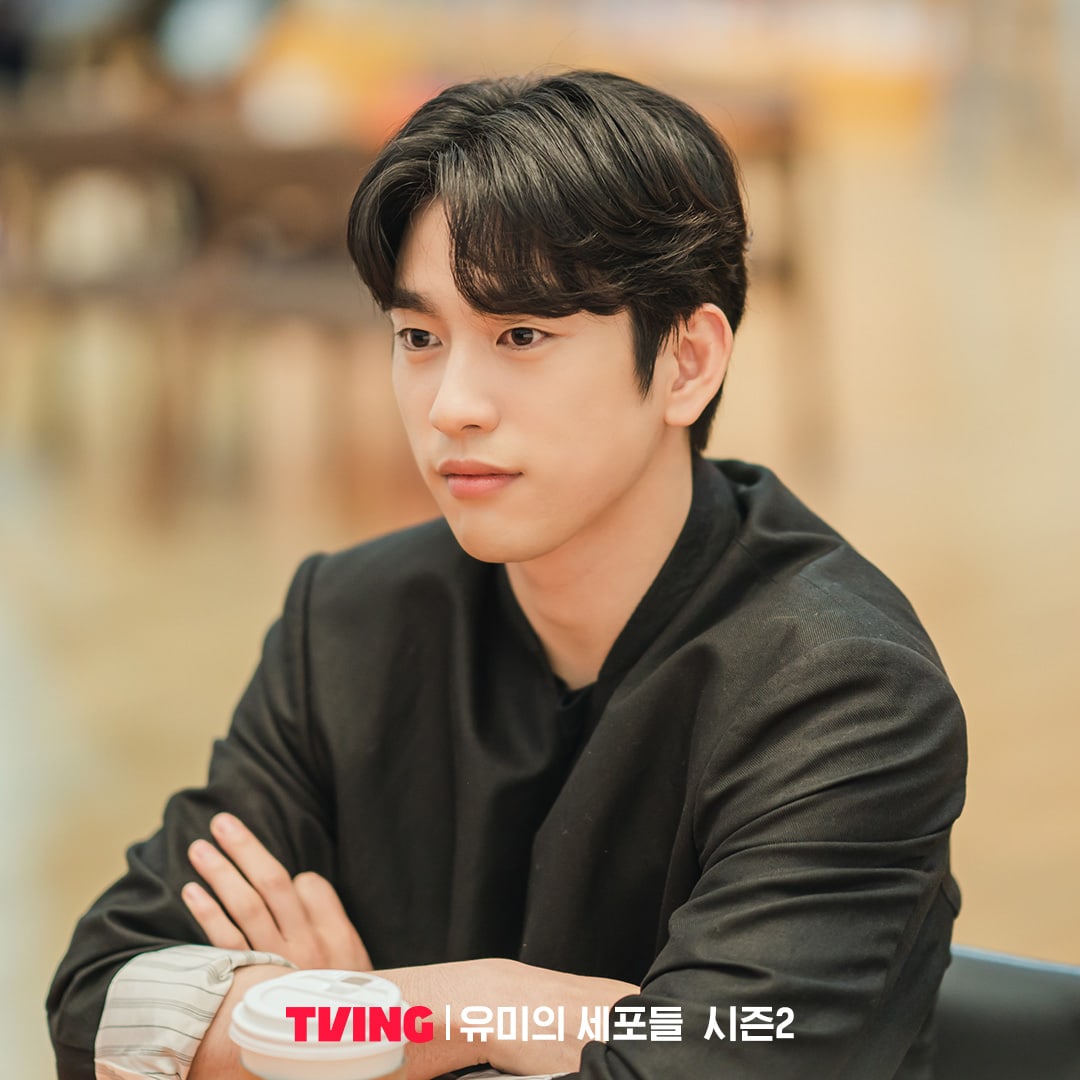 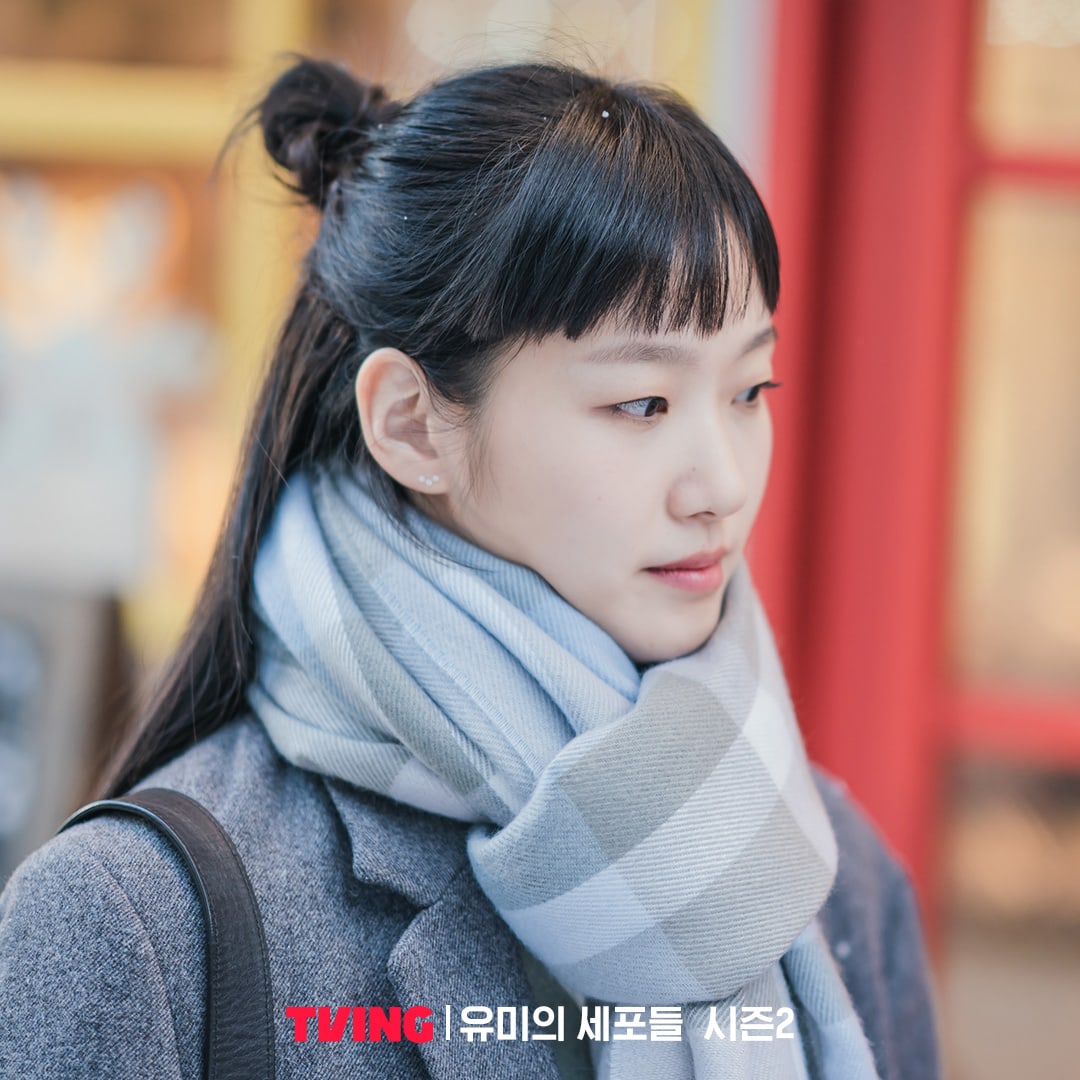 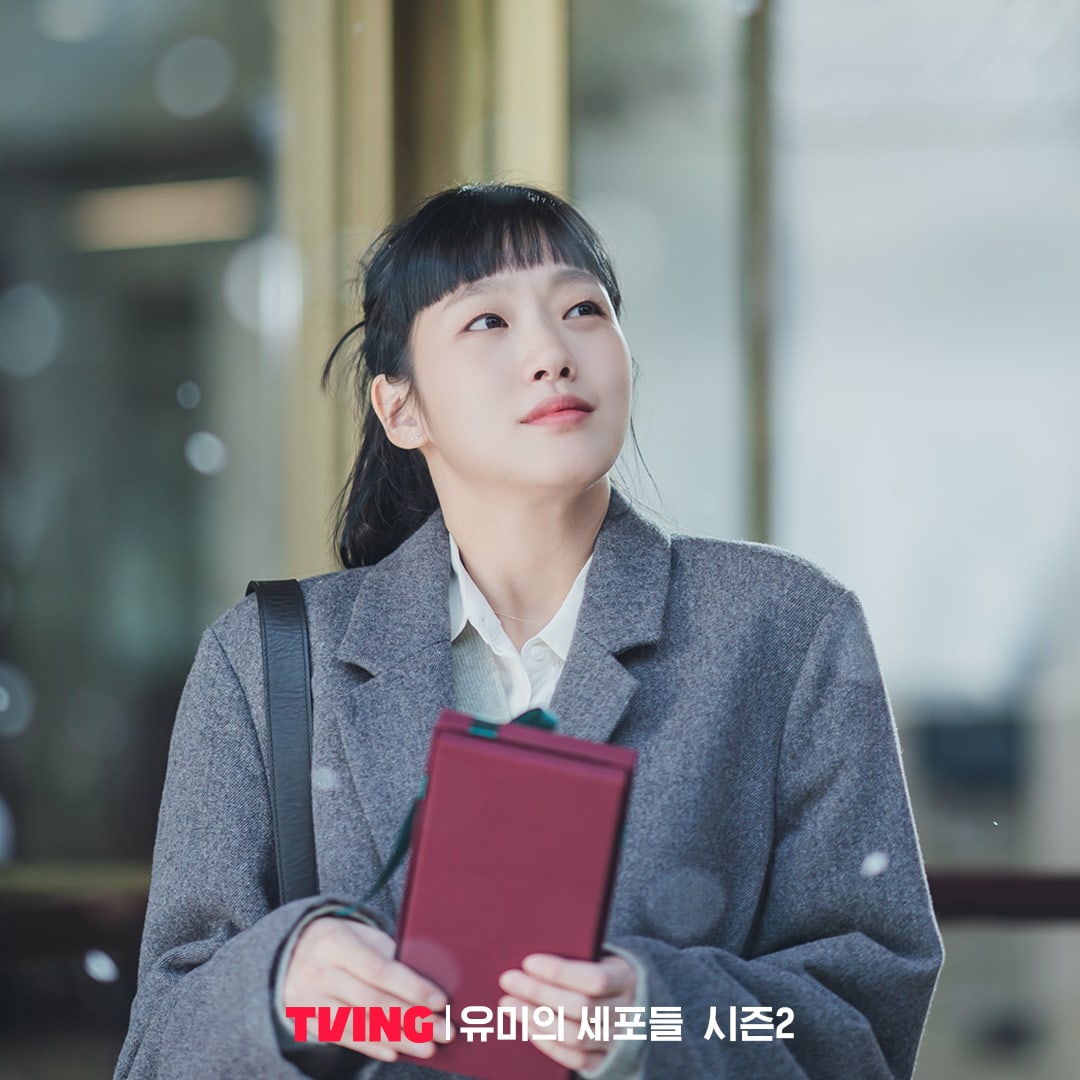 The producers of “Yumi’s Cells 2” teased, “In Episodes 3 and 4, a series of decisive events will unfold that become a turning point in Yumi and Babi’s relationship. These episodes will definitively reveal what kind of charms Babi has as a character.”

They added, “We hope that viewers’ hearts will flutter together with Yumi’s as they follow the changes in her feelings.”

In the meantime, catch up on the first two episodes of the drama with subtitles below!