Hwang In Yeop And Bae In Hyuk Become At Odds With Each Other In “Why Her?”

Get ready for a tense encounter between Hwang In Yeop and Bae In Hyuk in “Why Her?”!

“Why Her?” is a mystery romance drama starring Seo Hyun Jin as the titular Oh Soo Jae, a coldhearted lawyer who has grown empty after only chasing success, and Hwang In Yeop as law student Gong Chan, who would do anything to protect her.

Previously, Oh Soo Jae got a call from Hong Seok Pal (Lee Chul Min) who wanted to discuss Park So Young‘s (Hong Ji Yoon’s) death with her. She went to meet him but instead witnessed his car explode in front of her.

With Oh Soo Jae continuously being exposed to danger, the relationship between Gong Chan and Choi Yoon Sang (Bae In Hyuk) is expected to change. The newly released stills capture an icy confrontation between the two classmates. There is no warmth between them, and their cold eyes heighten the tension in the room. The two were close friends, and in particular, Gong Chan was the only one who knew about Choi Yoon Sang’s secret, including his past connections with Oh Soo Jae. So viewers are eager to find out what happened that caused the two of them to suddenly become at odds with one another. 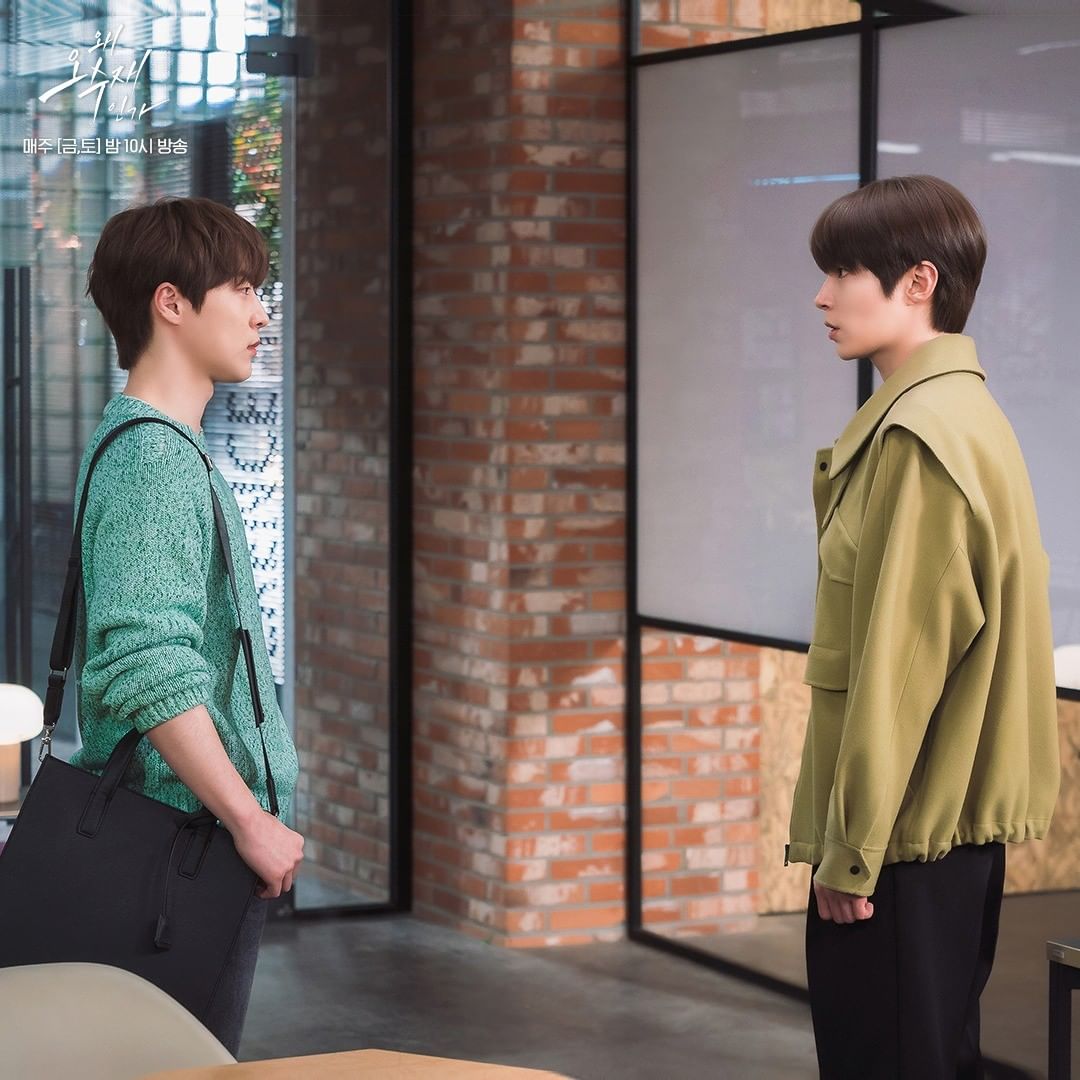 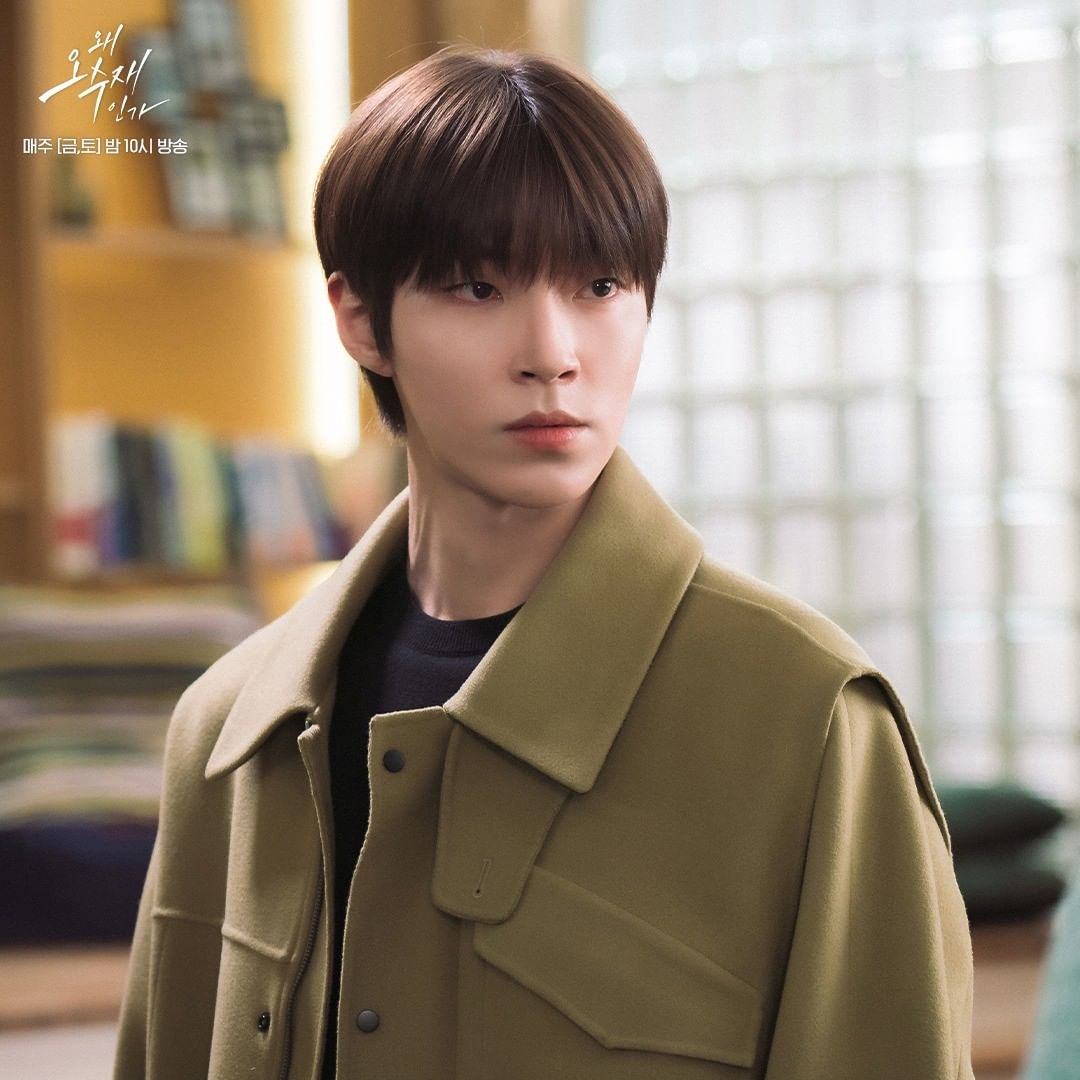 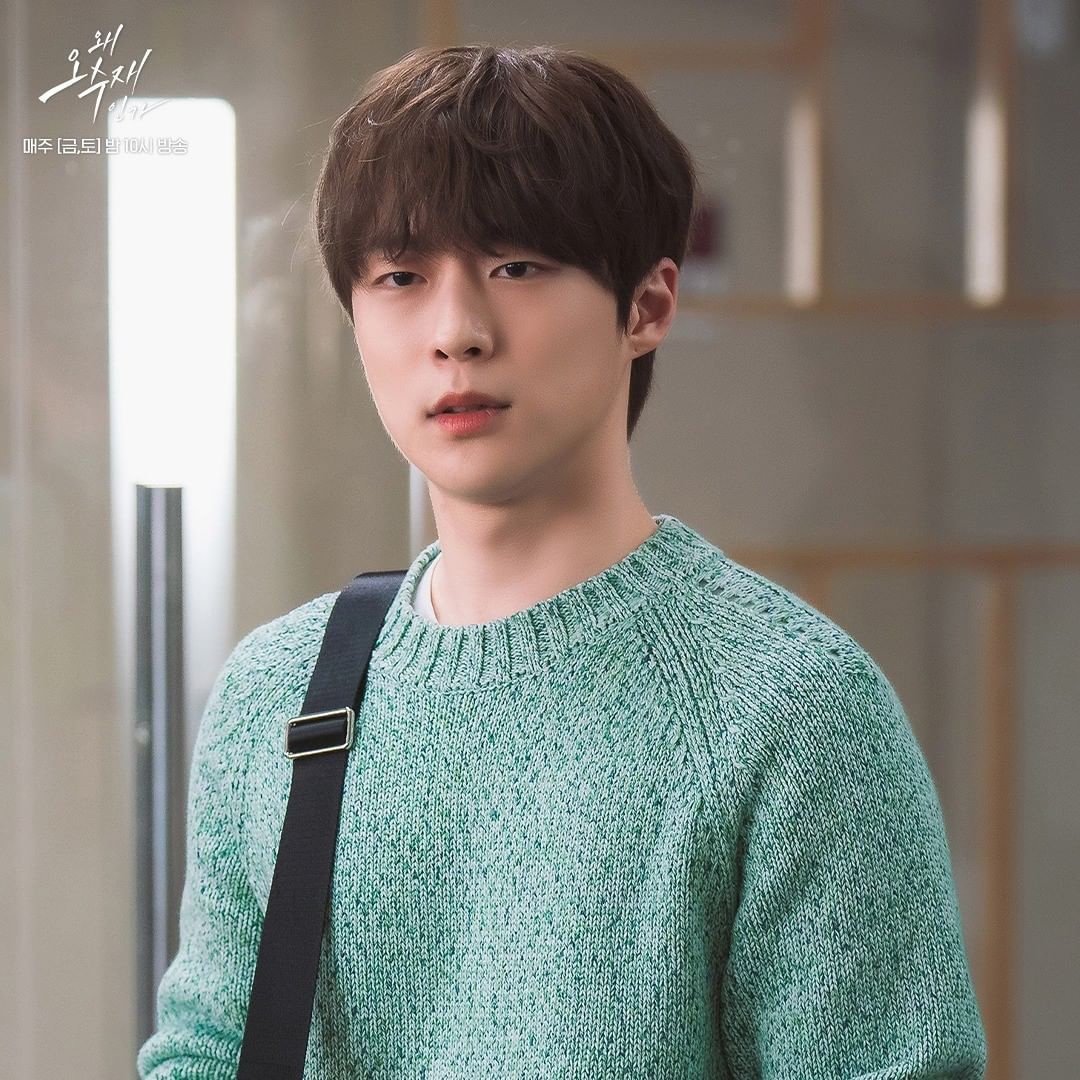 The producers of “Why Her?” teased, “In the midst of an escalating crisis, please look forward to how Oh Soo Jae will solve it. An even more intense battle will ensue. In particular, please don’t miss out on what Oh Soo Jae, Gong Chan, and Choi Yoon Sang, who is swaying between Oh Soo Jae and TK Law Firm, will do next.”

In the meantime, catch up on the drama with subtitles below: