Many of SEVENTEEN’s celebrity friends showed love for the group at their latest concert!

On June 26, SEVENTEEN held the second night of their “BE THE SUN” concert in Seoul—and numerous stars were spotted in attendance, including BTS’s Jungkook, Girls’ Generation’s Taeyeon, SHINee’s Key, Lee Soo Hyuk, and members of NCT, MONSTA X, and ENHYPEN.

After the concert, SEVENTEEN’s The8 took to Twitter to share several photos that the group had snapped backstage with Jungkook and NCT’s Renjun, Chenle, Kun, Xiaojun, Hendery, and Yangyang. He added in the caption, “Friends, thank you for coming.”

Several of the NCT members who attended later posted the same photo of themselves with The8 and Jun on their own Instagram accounts.

Meanwhile, before the show, Jungkook took to Instagram Stories to share a video of the concert venue, while Lee Soo Hyuk posted a photo of his banner and tagged SEVENTEEN’s Hoshi and The8. 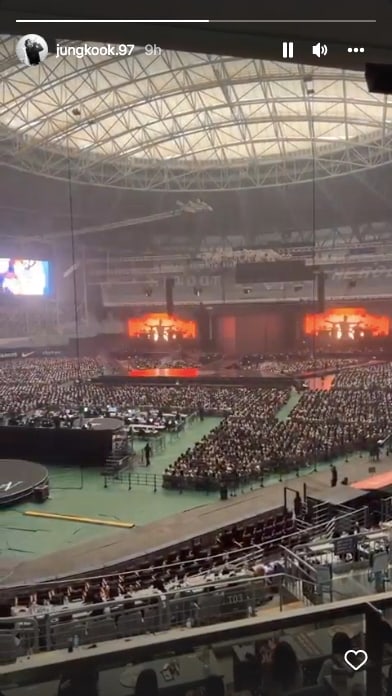 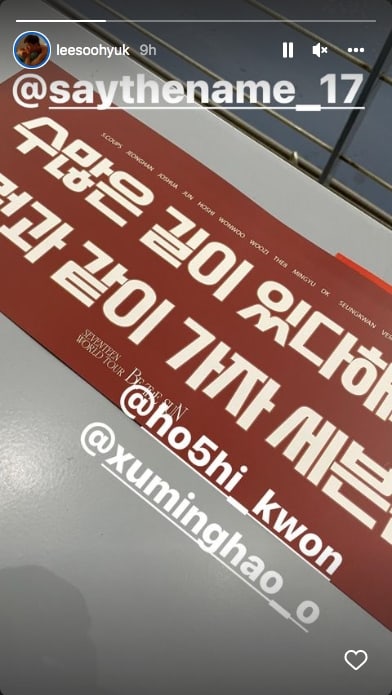 MONSTA X’s Hyungwon also shared a photo of the view from his seat and tagged Hoshi, adding a tiger emoji for good measure. Hoshi later reposted Hyungwon’s story and affectionately wrote, “My actor Chae, thank you for coming.” 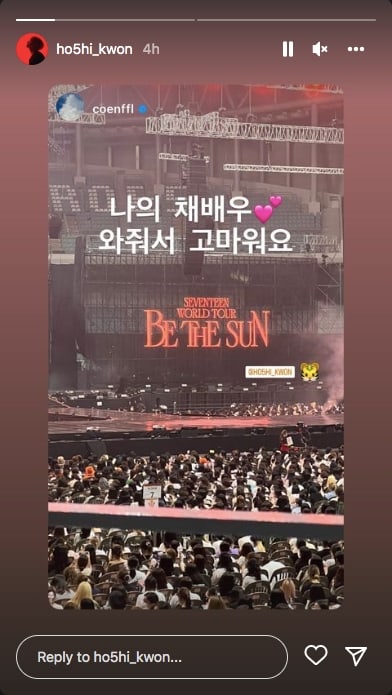 Hoshi also reposted Lee Soo Hyuk’s story, adding, “Soo Hyuk hyung, thank you for coming when you must be busy.” 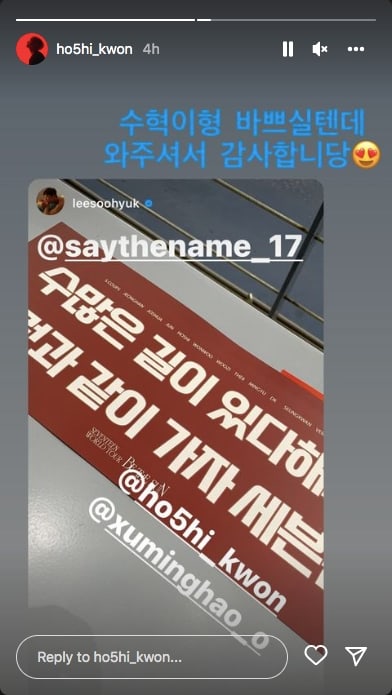 ENHYPEN’s Jay, Ni-ki, Jake, and Sunghoon all attended the concert as well, and Jake and Sunghoon posted a selfie of themselves at the venue. 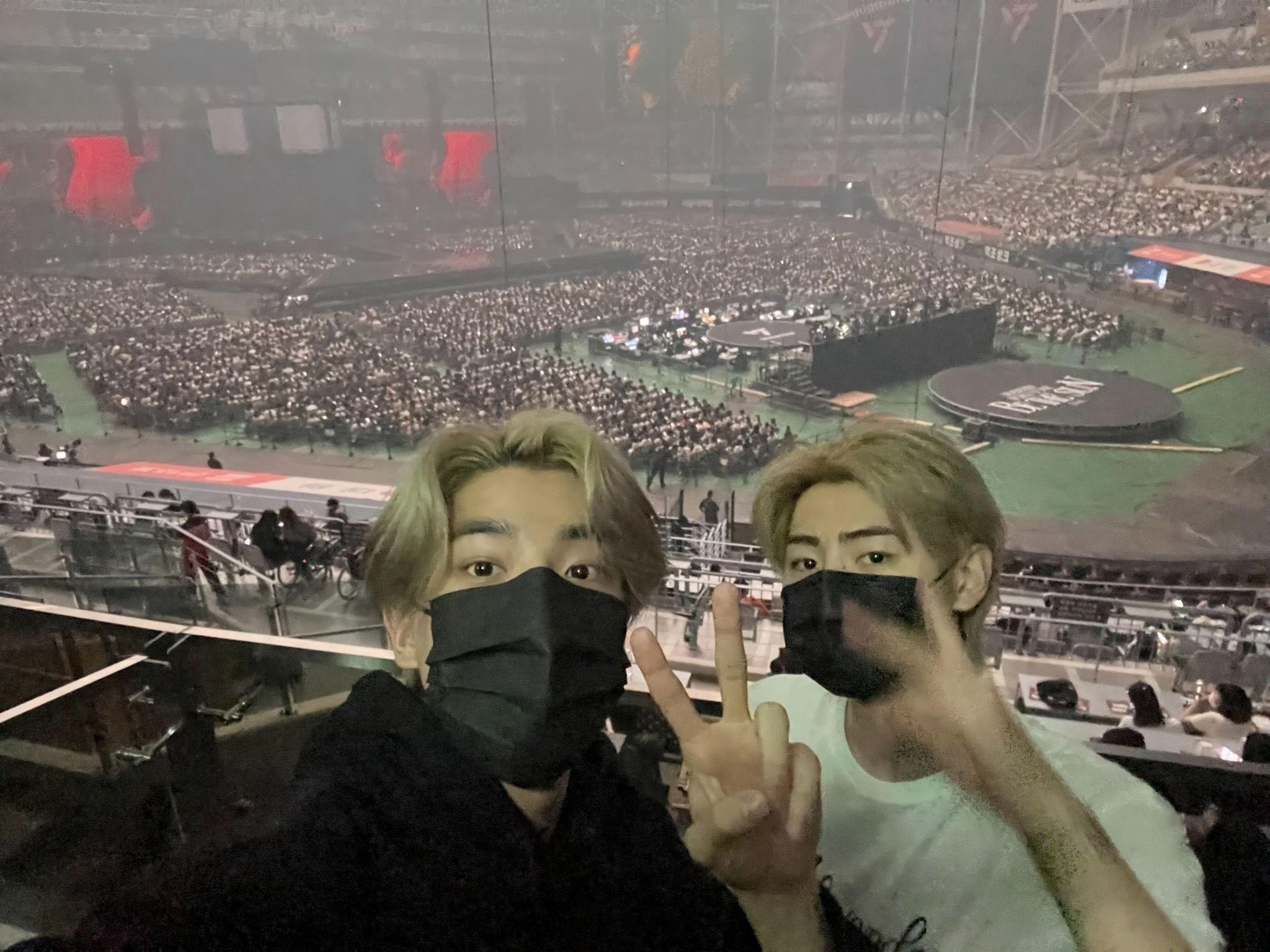 At the end of the concert, SEVENTEEN announced that they would be making a comeback with their repackaged album “SECTOR 17” on July 18. Check out the group’s new teaser video here!

Watch Hyungwon in his drama “Fly Again” with subtitles below…

…and Lee Soo Hyuk in “Doom at Your Service” below!