tvN’s “Eve” shared an intriguing preview of the upcoming episode!

“Eve” is about a chaebol‘s 2 trillion won (approximately $1.7 billion) divorce lawsuit that shocks the entire nation. Unbeknownst to the public, the lawsuit is the result of a carefully calculated revenge scheme 13 years in the making. Seo Ye Ji stars as Lee Ra El, the dangerously alluring woman at the center of the divorce lawsuit whose true identity and lifestyle are slowly starting to come to light.

On the previous episode of “Eve,” Kang Yoon Kyum (Park Byung Eun) showed his ambitions to have everything. He set the stage to rise to the top of LY Group and expressed his desire for Lee Ra El to get a divorce. Meanwhile, Seo Eun Pyung (Lee Sang Yeob) got close to Han Pan Ro (Jun Gook Hwan) in order to help Lee Ra El get revenge and confirmed the outlines of his ongoing project. With Seo Eun Pyung becoming deeply involved in Lee Ra El’s revenge plot, viewers are eager to find out what events will unfold next.

The newly released stills capture the secret meeting between Kang Yoon Kyum and Seo Eun Pyung. The serious atmosphere between them creates tension, hinting that they haven’t simply met up for drinks. Kang Yoon Kyum grows worried after looking at a mysterious document. On the other hand, Seo Eun Pyung examines his reactions with keen eyes, and after their meeting, he urgently calls someone, amplifying curiosity about any new variables in this game of vengeance. 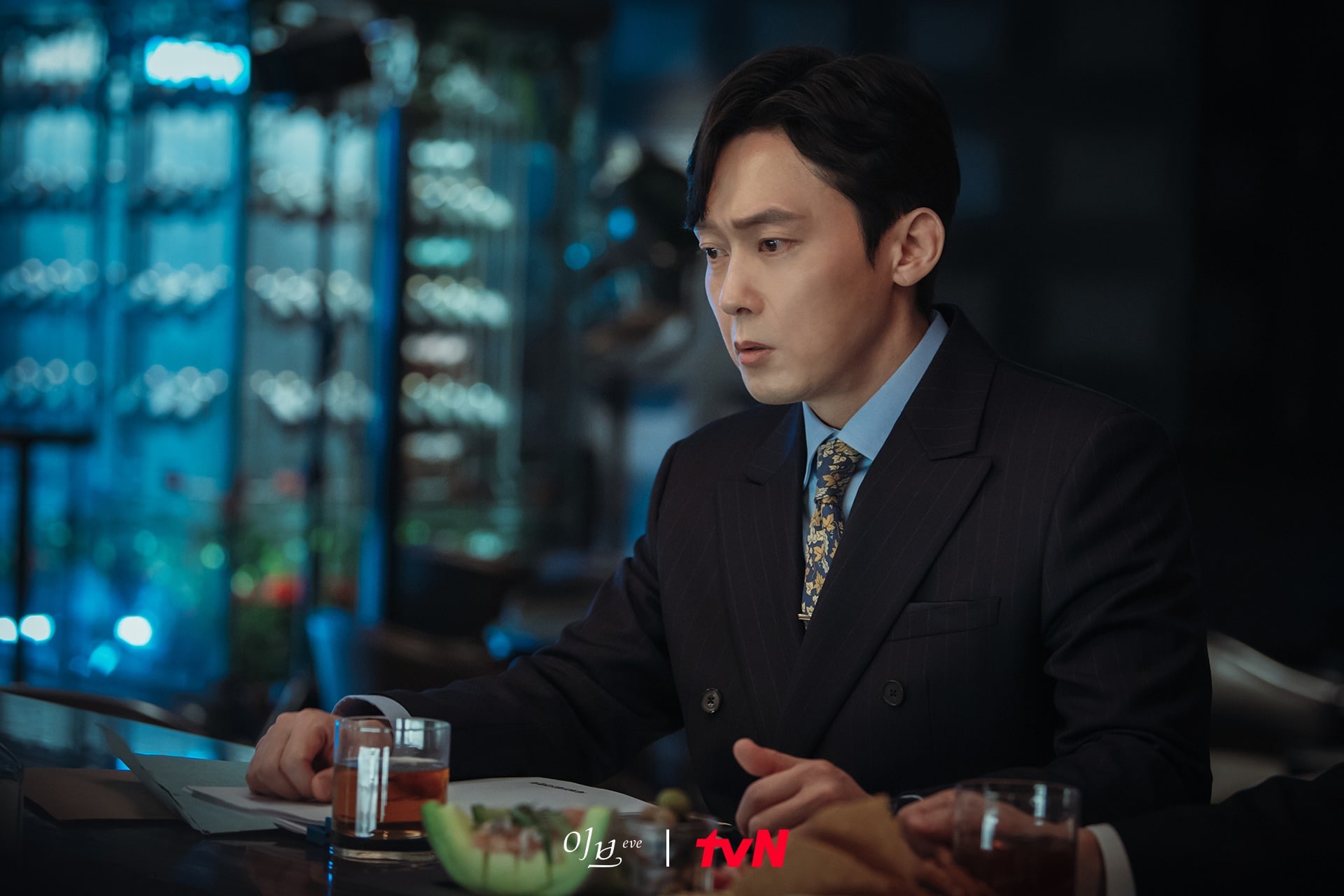 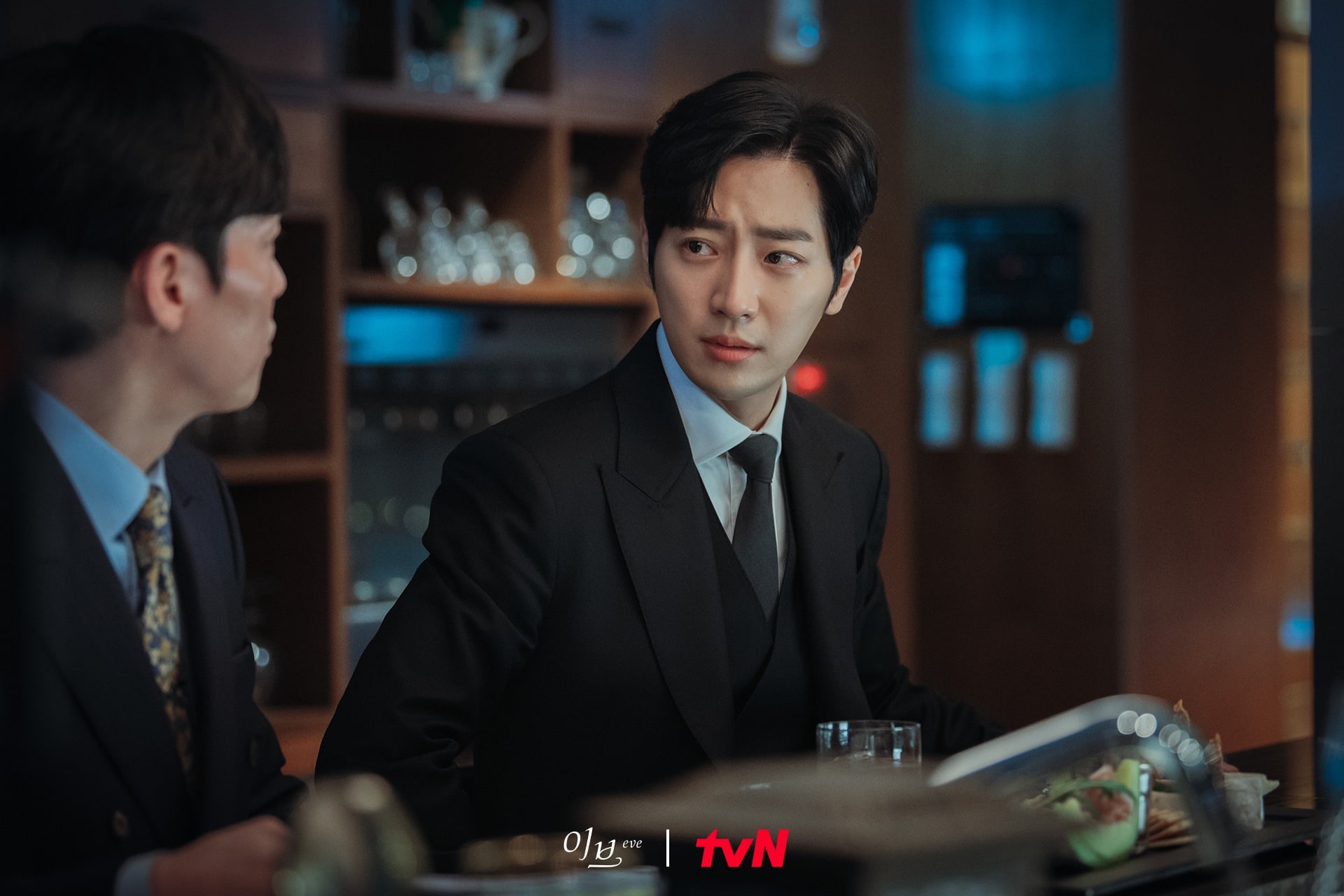 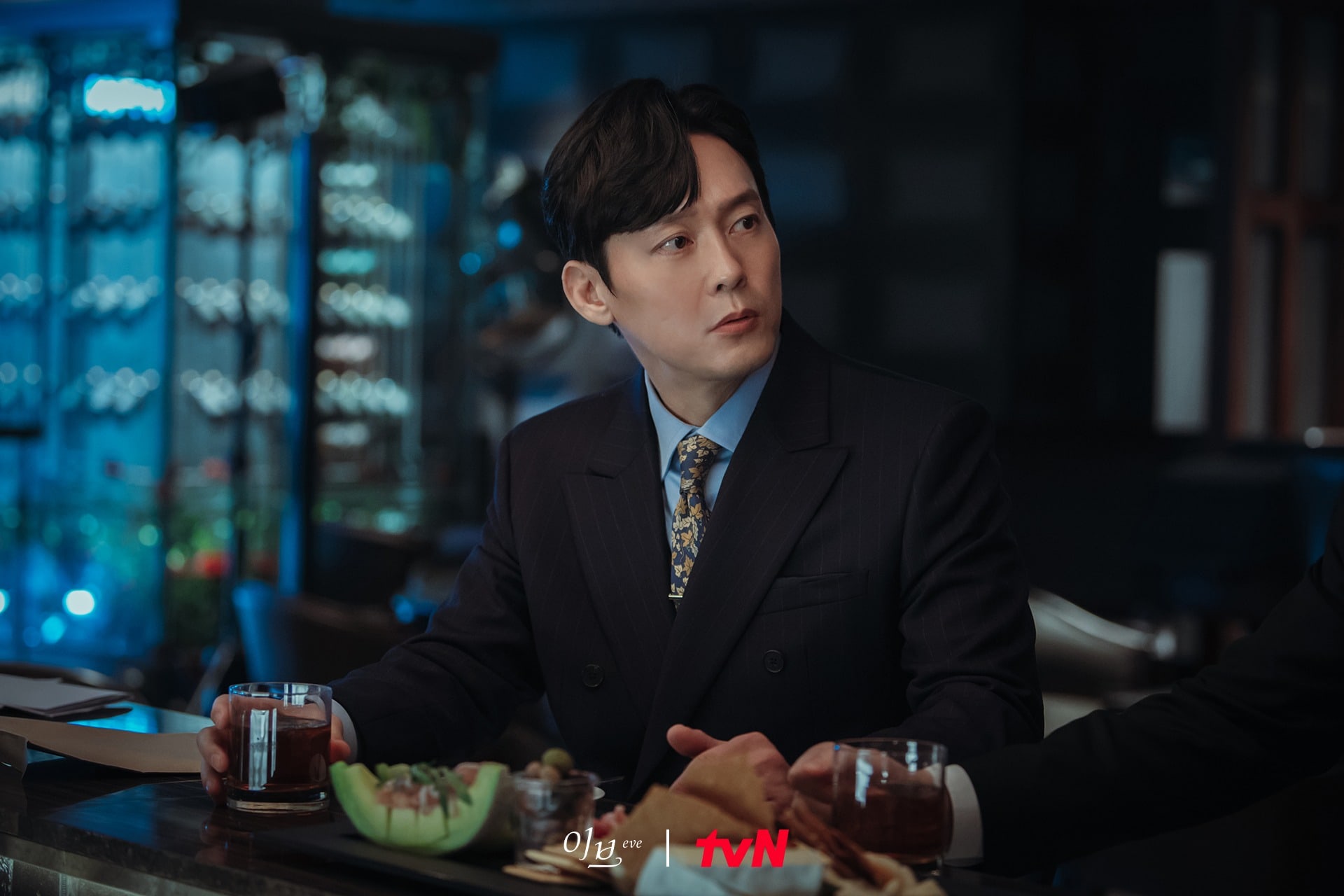 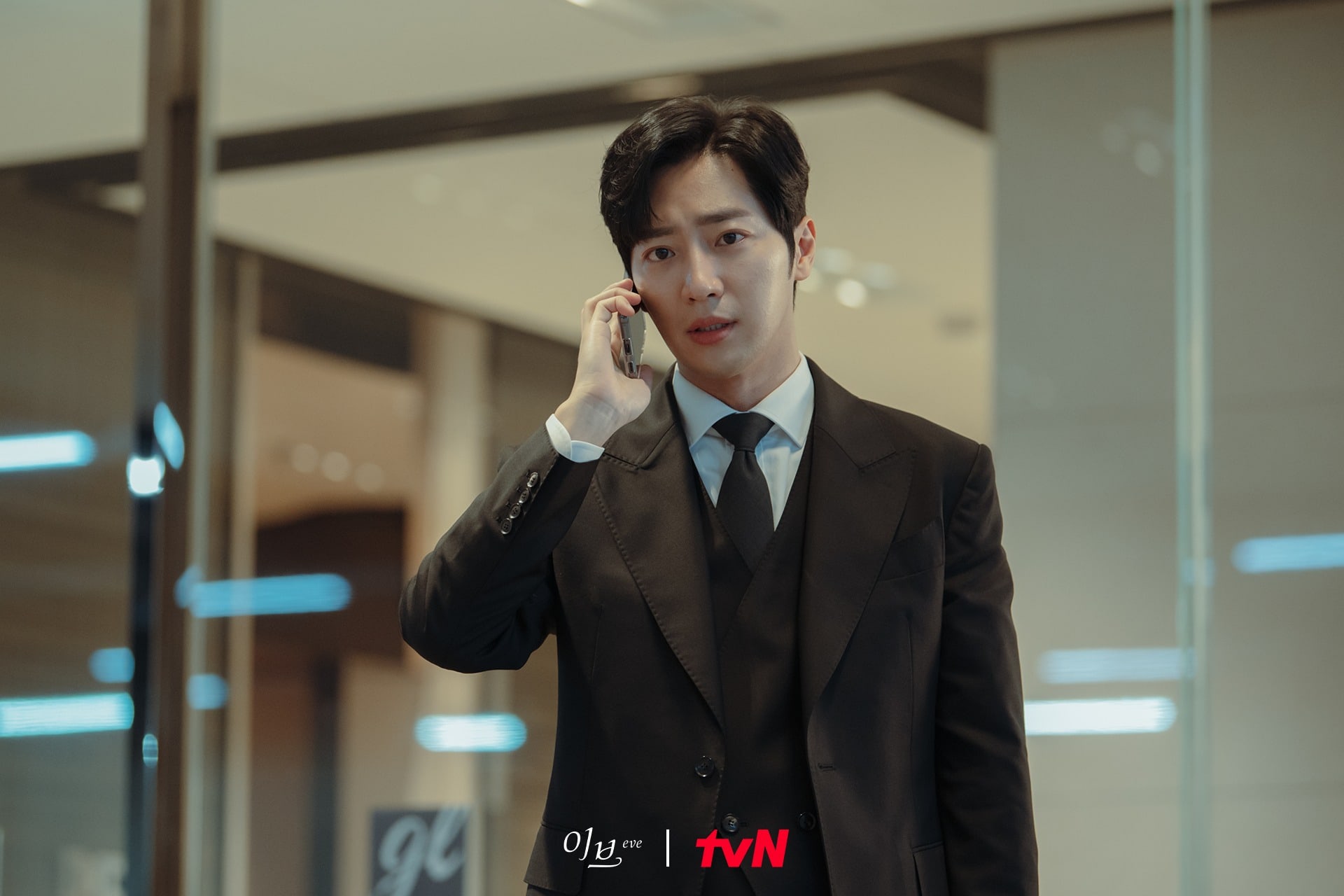 The drama’s producers teased, “With the drama entering its second half, more drastic developments will take place. Please watch what choice Kang Yoon Kyum, whose feelings for Lee Ra El have become uncontrollably huge, will make and the way Seo Eun Pying changes as he officially starts to help Lee Ra El get revenge.”

Catch up to the drama below!