GOT7’s Jinyoung Describes His Similarities To His “Yumi’s Cells 2” Character, How Peaceful He Feels With His Members, And More

GOT7’s Jinyoung recently spoke about his personality, similarities to his “Yumi’s Cells 2” character, love for his bandmates, and more with GQ Korea!

In a recent interview with GQ Australia, GOT7’s Jinyoung mentioned that he had considered leaving the entertainment industry for good. The interviewer for GQ Korea shared that this had shocked them and Jinyoung responded with a laugh, “Some aspects got a bit twisted. However, can’t anyone have those kind of thoughts?”

When the interviewer agreed that they had also considered a different line of work before, Jinyoung explained that his thoughts were similar to that. He shared, “I’m only 29 [by Korean reckoning] so do I have to only be a singer and actor for the rest of my life?” Smiling, Jinyoung added, “I just meant that I’ve had those kind of thoughts before when I was going through a tough time.” 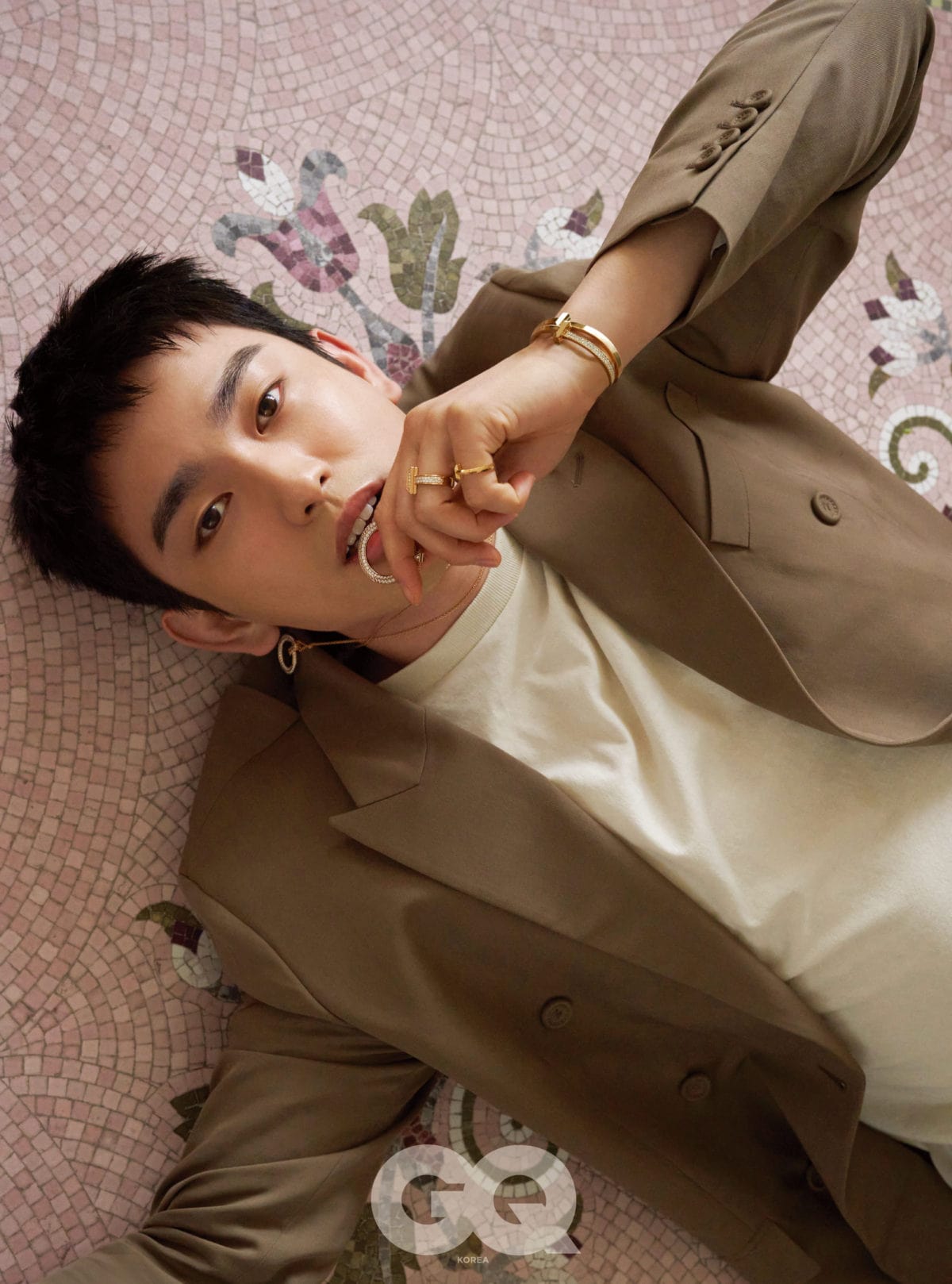 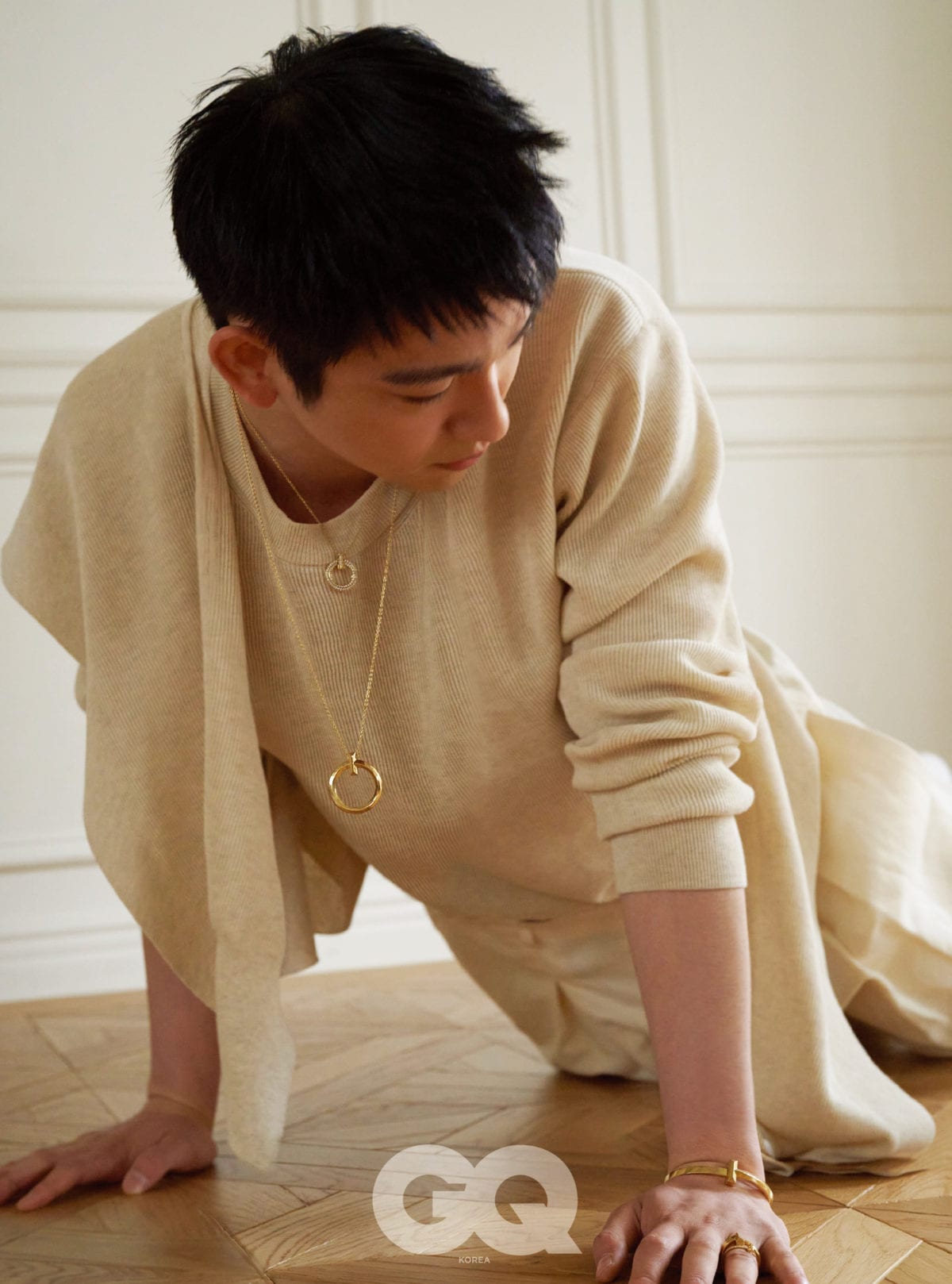 Looking back on his life and career, Jinyoung revealed that he’s never once regretted anything. He elaborated, “If I made a mistake in the past, I’m enlightened of the mistake and improve. If I constantly only did well, I might be making mistakes today.”

The interviewer praised Jinyoung’s healthy mindset and asked whether he ever thought about “what if” scenarios. After thinking for a moment, Jinyoung answered, “I haven’t. I can’t turn back time.”

However, he poked fun at GOT7’s interesting past styling choices as he continued while laughing, “There’s something [GOT7] jokes about. ‘We shouldn’t have done that hair or that styling for that album,’ ‘Failure is the mother of success, but there’s no need to fail.’ It’s not that I try not to fail. We just had to try something new and pretty, but we just tried something new. We were too ahead of our time. ‘Let’s just follow trends.’ That’s how we joke around.” 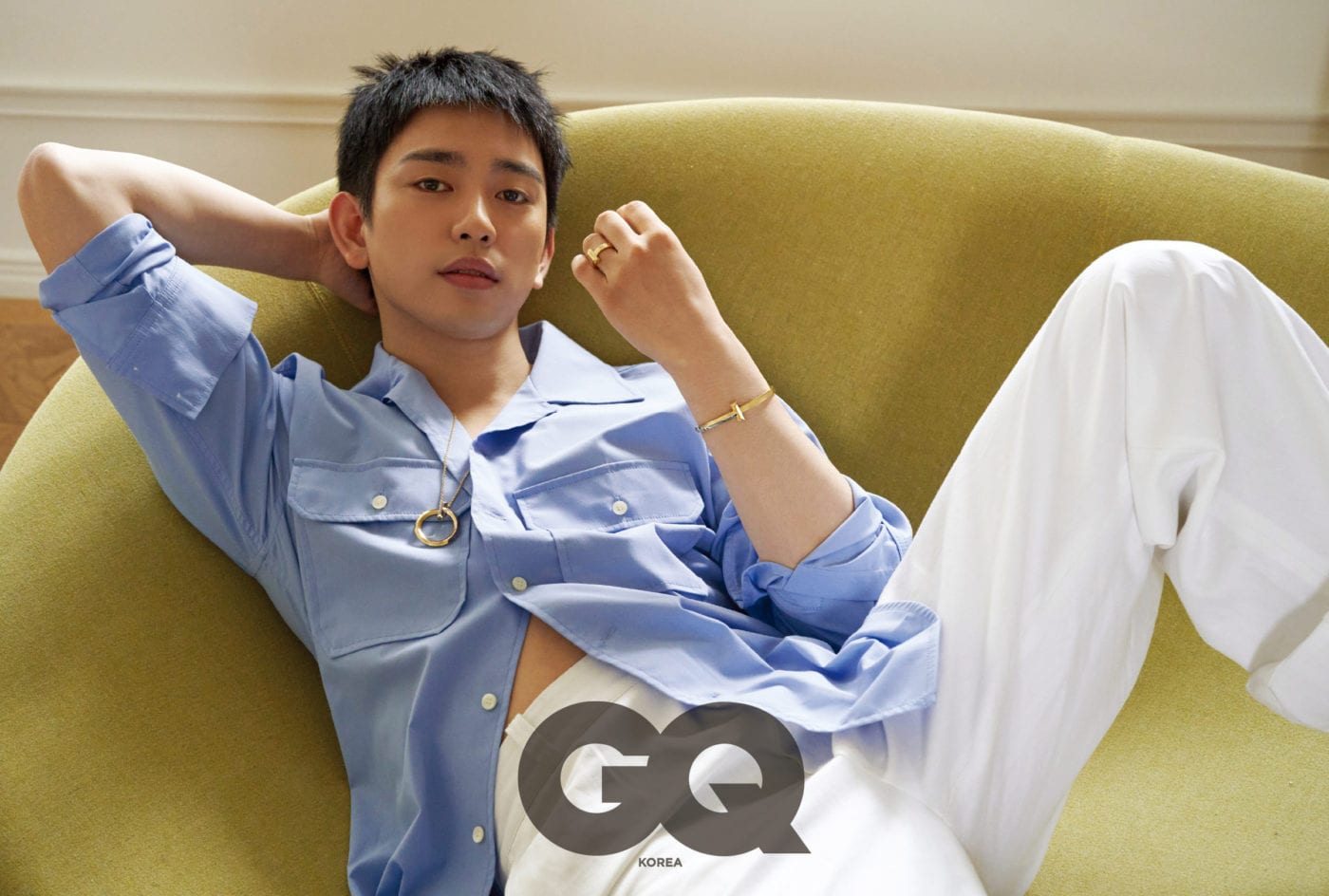 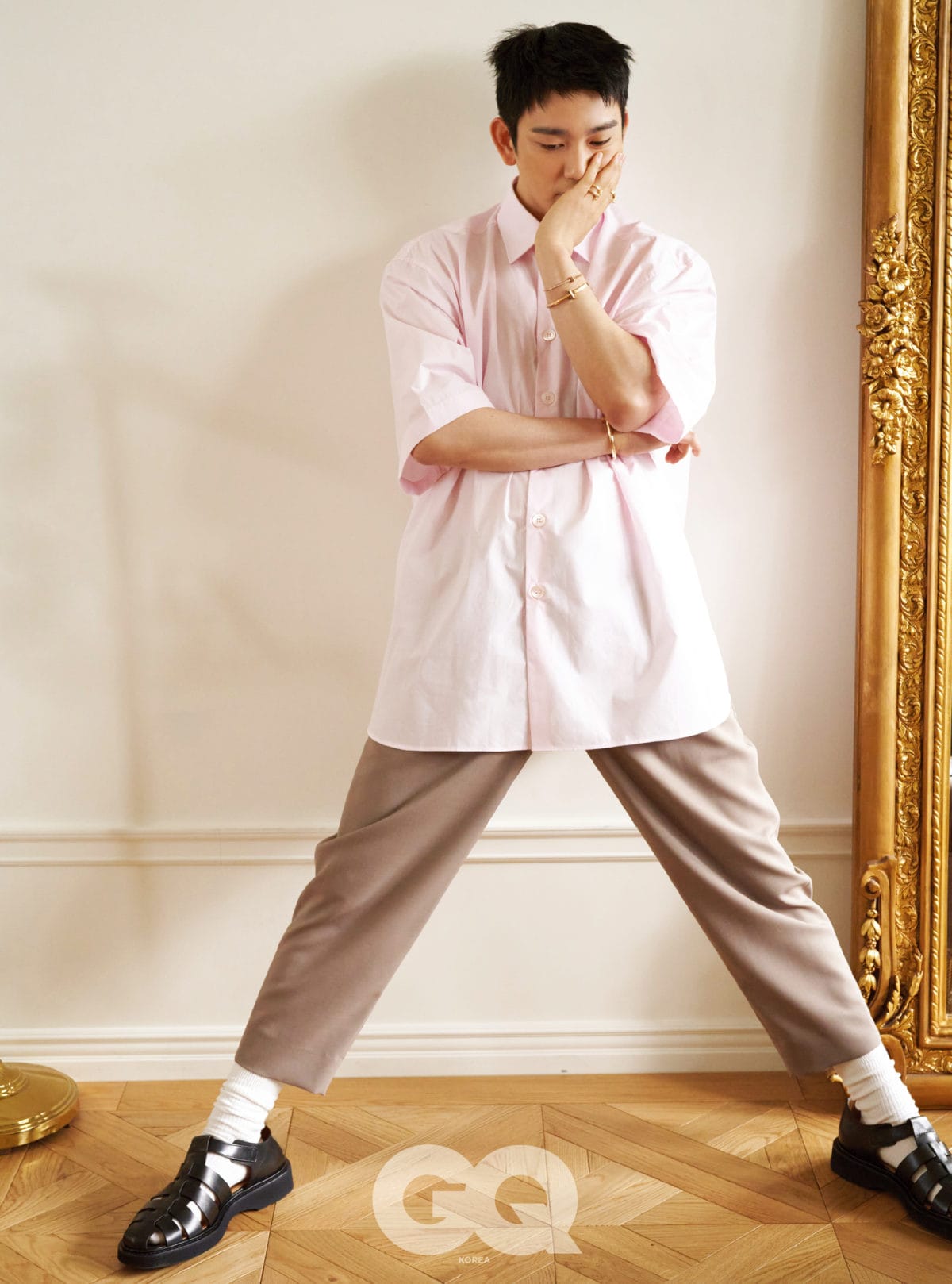 Jinyoung expanded on how at ease he feels with his GOT7 bandmates, sharing, “When I’m with my members, my screws come a bit undone. My manager said this. ‘Hyung, this is my first time seeing this kind of tension [from you].’ I didn’t know either but people say I get incredibly excited when I’m with my members. Why does it feel like that? After working while being all nervous, meeting with my members feels like I’ve gotten a vacation. As if I played by the ocean and recharged all my power.”

At the recent press conference for “Yumi’s Cells 2,” Jinyoung described his character Yoo Babi as someone with “kind kid syndrome.” Jinyoung explained this, saying, “It’s an obsession. Babi has this compulsion to do well for others. To all women and even all men. If I’m to infer about a few of Babi’s actions, there are a lot of aspects that could be misunderstood. Although this doesn’t come out in the drama, if you look at Babi’s story in the original webtoon, he says, ‘I thought I just had to blindly be nice.’ That’s the point where I felt that Babi had ‘kind kid syndrome.’”

He compared this aspect of Babi to himself, saying, “I have a similar kind of compulsion. When I moved to Seoul alone at 17 years old, there was no one I could rely on. I think the way I survived was similar to Babi. I greeted everyone diligently and I tried to overreact and speak kindly. While looking back on my past self, I was able to quickly gain hints on the character of Babi.” 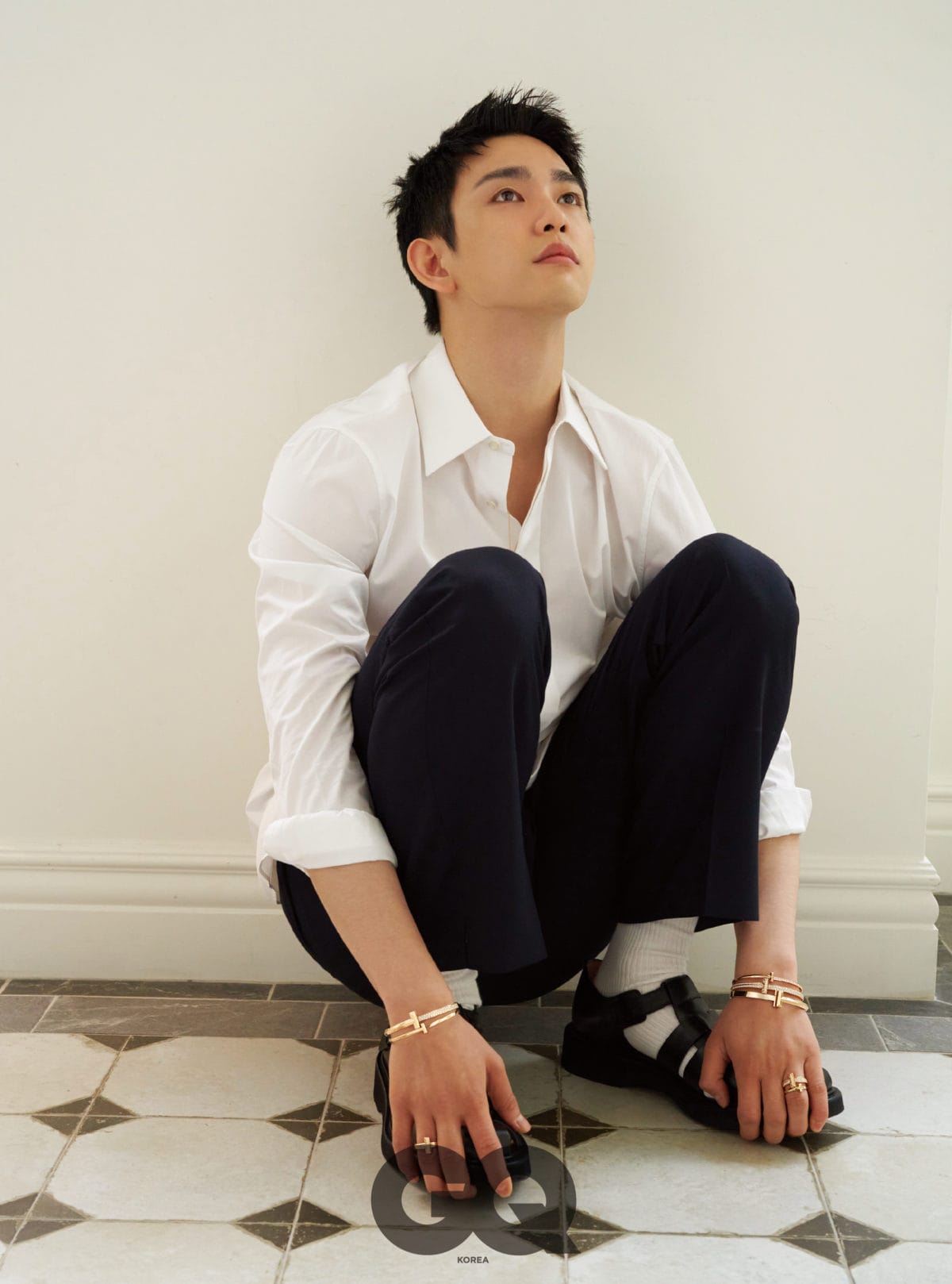 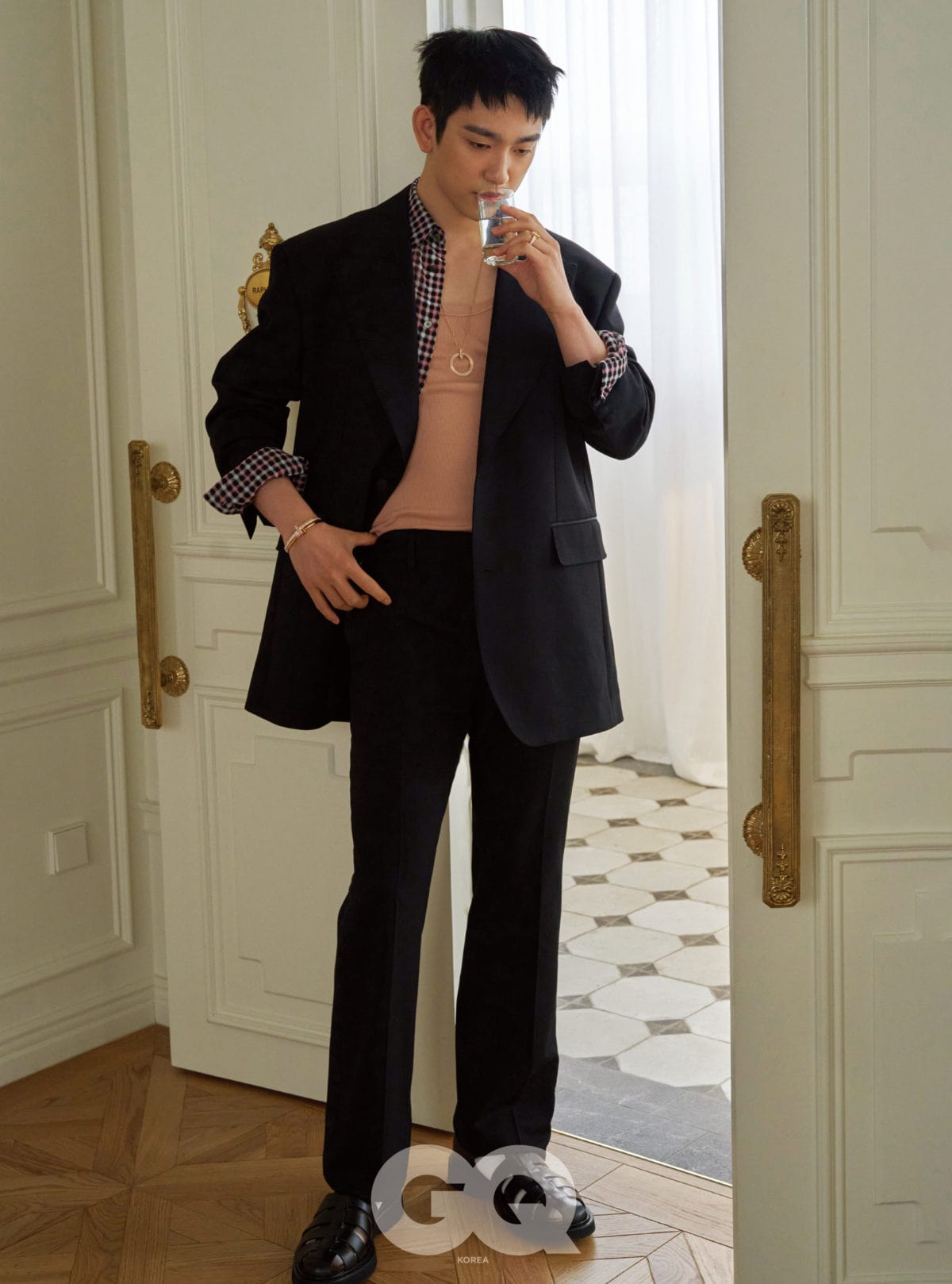 According to renowned psychiatrist Dr. Oh Eun Young, those who procrastinate have the tendency to be perfectionists. Jinyoung explained that this described him, commenting, “I’m a perfectionist. But I’m not that much of a perfectionist. When I think it’s perfect, it’s always missing one or two things…[I’m] a bit of a careless perfectionist.”

When asked what he strives to be perfect at these days, Jinyoung chose acting. He elaborated, “Right now, my next project. Whenever I finish acting, I always have lasting regrets. It always feels like I wasn’t able to do something more and I feel uncomfortable. I can’t be satisfied.”

He continued, “Even though I feel relieved in the moment, as time goes by, I see what I’m lacking, one by one. They say there are some actors who don’t monitor [their work], but I wasn’t born like that with regards to that aspect. I always monitor on set and the final result. It’s hard. It’s uncomfortable and feels like confrontation? Before I even press play, I’m already wrapped in feelings of embarrassment and nerves. Even if there are moments where I say ‘Ahhh stop!’ because I’m shy and press the space button [to pause], I always watch. Rather than analyze my acting in detail, I try to look at the overall feel. ‘Was my acting weird?’” 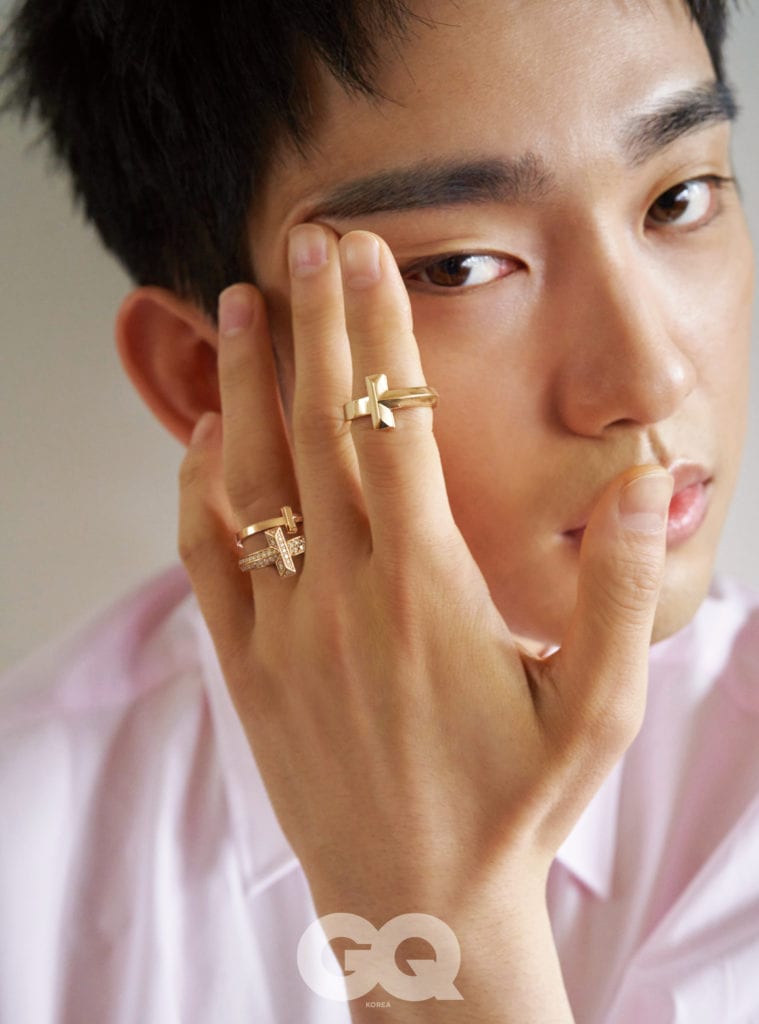 GOT7’s Jinyoung’s full interview and pictorial will be available in the July issue of GQ Korea. Jinyoung is currently starring in “Yumi’s Cells 2” which airs its next two episodes on July 1 at 4 p.m. KST.

Catch up with the first few episodes here!